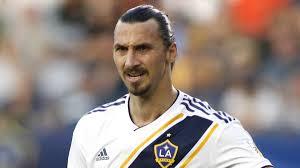 While he only extended his one-season lease with the Los Angeles Galaxy, Zlatan Ibrahimovic, in his usual style, explained that he could play for a long time, up to forty if he wishes.
Approached by many European clubs, and not least, Zlatan Ibrahimovic renewed his contract for another year with the Los Angeles Galaxy a month ago. Aged 37, he wants to win now.
“For the coming season, I wish to have this challenge to win this title,” he said at a press briefing last weekend.The first season was more focused on “how do I feel?”, my level of play, especially after my injury, I did not play football for more than a year, but it took me ten minutes to show the world who I was, I showed them that I was still there, still alive, it was important to me. ”
“Sign two, three or four years”
Ibrahimovic, though he often dazzled the MLS with his talent, scoring 22 goals in 27 games, finished the season in seventh place at the Western Conference. Arrived in March 2018, he does not stop there. The Swede feels he has “a lot more to give”.
“I will play as long as I can, so long as I feel capable of performing, and that’s why I could probably sign for two, three or four years,” he said with restraint. this point that the Los Angeles Galaxy believes in me, but I said ‘One year at a time.’ For now, I feel good, I feel like I can give back, I do not feel like putting the club in a situation where I can not perform and still see myself on the payroll list. “