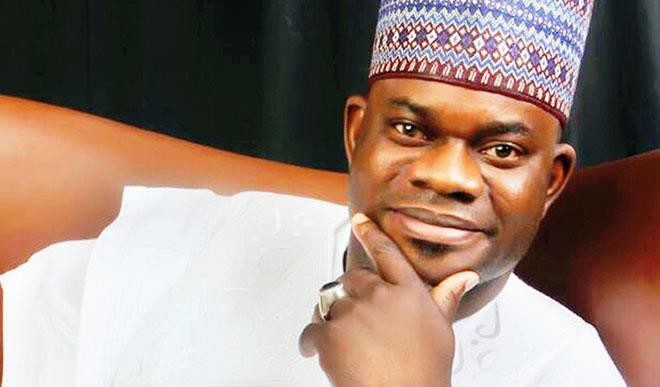 Share this on WhatsApp
Spread the love
From CHRISTIANA EKPA, Lokoja
Kogi State Governor, Alhaji Yahaya Bello has reiterated his unalloyed determination to ensure that every inhabitant of Kogi State is well secured against the menaces of kidnapping, robbery and other social vices.
The recent onslaught of social miscreants on the state is considered as a test of the will of the Governor to ensure a safe Kogi that will be home to all, assuring inhabitants of scaled up attempts by his administration to redress the worrisome situation.
Governor Bello expressed shock at the rampant rate of kidnapping in the state, reiterating the readiness of his administration to wage war against those who are determined to give the state a bad name. He said he is prepared to wage war against social menace crusaders and ensure adequate security for the people of the state.
“The lives of our people, those who do business here and thousands of passengers who ply our roads daily, are precious to the people and Government of Kogi State. We will do everything within the precinct of law to protect lives and property within our territory.
“There is a need to look into a number of probabilities. Political saboteurs might be stoking the fire of insecurity in the state to discredit the good job we are doing here. My government will take the fight to the criminals. We will take the fight to them because no defense is as effective as attack”.
ALSO SEE: DPR asks Kogi government to build modular refinery
The Governor pledged his continued support to all security agencies in the state, hailing them for the gallantry in bursting crime havens in the state as well as ensuring victims of kidnaps are safely freed. He called on the people to help give intelligence to security agents in order to help the apprehension of criminals, saying his administration will heavily involve local communities in ensuring security.
On his part, the Governor promised an iron-cast political will against insecurity, saying he will provide logistics and incentives to enable security agents succeed in their onerous task of ensuring security in the state.
In his words, “Our security agents shall be adequately equipped to fight agents of insecurity. I have visited neighboring states to understudy how they were able to solve their security challenges as well as seek improved collaboration against crime”.
Governor Bello also pledged improved orientation to enlighten the people on their role in enthroning a secured Kogi State.
More importantly, the Governor vowed to refocus the youth of the state to societal responsibility through job creation, sports and empowerment seminars and clinics, making them the bastion of hope for the future.
Governor Bello urged residents of the state to go about their businesses, saying there is no cause for panic and unnecessary tension, as his administration is on top of the situation. He said with concerted efforts, the war on crime will surely be won.
Share this on WhatsApp