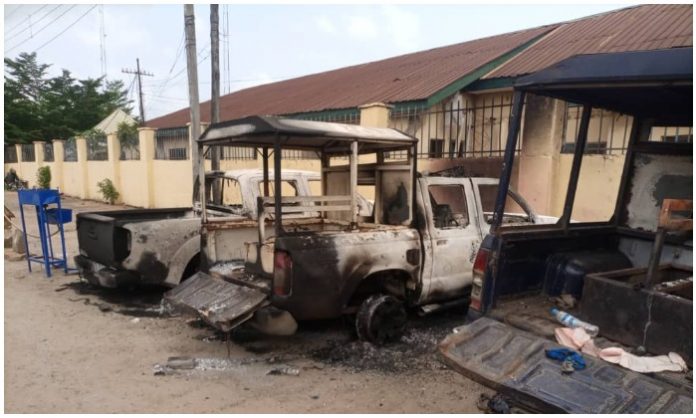 The DSS alerted the police, state government, and other stakeholder with actionable intelligence days before bandits bombed out the Owerri Correctional Facility and a police headquarters in the state early in the week.

But nobody acted, according to a former Assistant Director of the Department of State Services, Dennis Amachree.

He said this while featuring on a Channel TV programme Thursday morning.

“So, three times, the Nigeria Police Force was informed by the DSS that this is going to happen because some suspects that are being geolocated around the area were found surveilling the prisons and the police headquarters but you know in our lackadaisical way, when the intelligence came, they threw it by the side and when something happens, everybody runs around.”

According to him, all security reports are shared with the governor in a state first, then, it is shared with other sister agencies like the police, and the military, if there is military installations there.

So Gov Hope Uzodinma was aware of the events leading up to the attack on the facility that led to close to 2000 inmates escaping.

“Some people are just too lazy to do their jobs.”

He also disputed the ex-IGP Ibrahim Aamu’s claim IPOB was responsible for the attack.

Amachree pointed out even Uzodinma was referring to the intelligence report to counter the narrative IPOB did it.