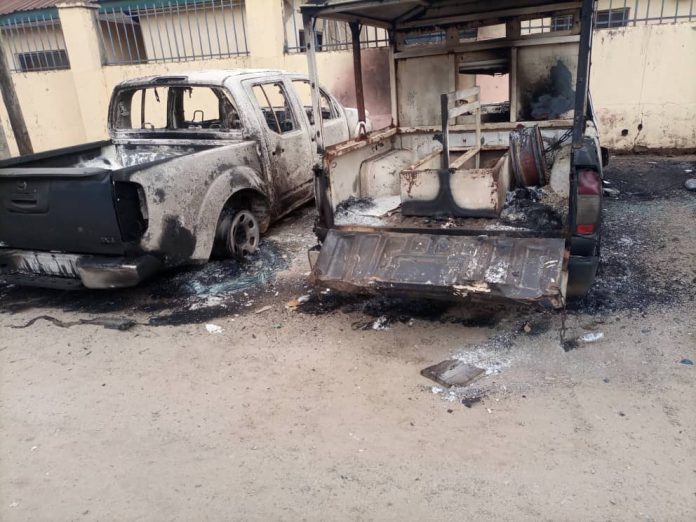 The Agwa Divisional Police headquarters in Oguta Local Government Area of Imo state has been attacked by bandits who killed four officers, and set vehicles on fire.

The gunmen destroyed other items on the premises, though the total loss is not clear yet.

But the attack has raised the tension in the LGA.

The Imo police command has yet to give an official statement.

Imo has witnessed a surge in attacks by unknown gunmen in recent times.