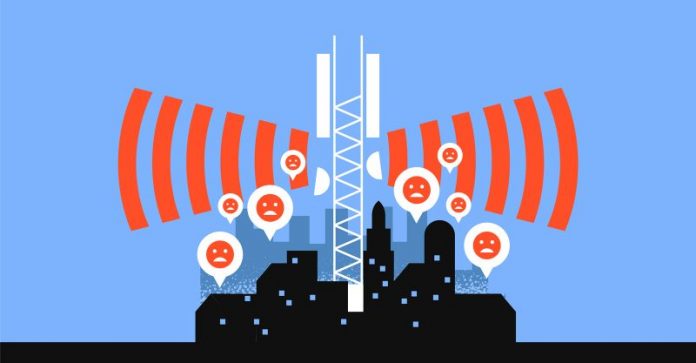 An emergency injunction filed earlier this month by Children’s Health Defense (CHD) to stop a rule allowing private property owners to place fixed point-to-point antennas on their property and extend 5G wireless services to users on neighboring properties was denied last week by the U.S. Court of Appeals for the District of Columbia Circuit.

CHD’s emergency motion for an emergency injunction to stay the Federal Communications Commission (FCC) amendment to the “Over-the-Air Reception Devices” rule (OTARD) would have stopped the rule from going into effect March 29.

The OTARD rule amendment allows private property owners to place fixed-base station antennas on their property and, for the first time, to provide wireless data/voice services, including 5G, to users on neighboring properties.

The rule amendment was designed to enable quick deployment of wireless, including 5G, in neighborhoods — especially in rural areas — by removing any requirements for permit or notice and by preemption of state laws and local zoning laws, including homeowners association and deed restrictions.

CHD’s lawsuit against the FCC, filed February 26 under the Administrative Procedure Act, asserts the FCC’s amended OTARD rule violates constitutional rights and upends long-standing common law personal and property rights. The suit alleges that the amended rule leads to due process violations, is arbitrary, represents an abuse of discretion and was passed without authority and statutory jurisdiction.

CHD filed the motion for stay in order to prevent the immediate, devastating and irreparable harm that will ensue once the rule goes into effect, especially to the many adults and children who already have become sick from wireless radiation.

Those who are sickened by radiation include people who develop radiation sickness (also known as electrosensitivity and microwave sickness) and experience debilitating and in some cases life-threatening reactions from exposure.

“Their home is their last refuge,” said Dafna Tachover, CHD’s 5G and Wireless Harm Project director. “but the vast preemptions of the OTARD rule amendment, including civil rights disability laws, will deny them the ability to be safe even in their home while leaving no safe place to escape from this radiation.”

In motions such as the one filed by CHD, the petitioners must demonstrate: (a) likelihood of success on the merits in the case; (b) they are likely to suffer irreparable harm; (c) the balance of interests favors an injunction; and (d) a stay is in the public interest.

The biggest challenge CHD faced with the motion was the requirement to demonstrate that the risk posed by an OTARD-compliant antenna installed near the petitioners’ home is imminent and close to a certainty. However, because the rule removes the requirement to give notice or obtain a permit, it prevents any ability to access information that would show immediacy — a catch-22 situation.

“CHD decided to file the motion to stay even though we were aware that courts very rarely grant such motions, because we believe that if there was ever a case in which such a motion should have been granted, this is the case,” Tachover said.

The court’s decision didn’t provide any reasoning. It included only a statement that the petitioners “have not satisfied the stringent requirements for a stay pending court review.”

The Court also denied CHD’s request to expedite the timeline for the case. The lack of legal reasoning is not unusual with such motions.

“The Court’s determination is disheartening considering the horrific human rights violations allowed by FCC’s rule and its far-reaching impacts. The rule effectively sentences vulnerable adults and children, to eviction, diminished property values, debilitating illness, agonizing pain and even death without legal recourse. Sadly all these violations will continue until we can secure relief on the merits.”

The FCC’s response to the motion reveals what the commission will likely argue in the case itself. While the FCC didn’t deny the petitioners are sick from wireless radiation, the commission nevertheless claimed that its health guidelines are safe and thus there is no concern.

The FCC also didn’t deny the rule will remove due process rights and leave no recourse to object to the installations of antennas. It claimed that the petitioners have no vested interests in such rights and that the FCC’s rule merely removed “unreasonable barriers” to deployment of wireless broadband networks.

In response to CHD’s argument that the rule preempts disability accommodations rules, the FCC claimed that the injured do not have such a right in their homes against the installation of OTARD-permitted base stations.

CHD has another ongoing case against the FCC, one that challenges the commission’s decision not to review its 25-year-old health guidelines, contending that the FCC guidelines are based on false scientific assumptions and that harms from wireless radiation are proven and widespread. A decision in that case is likely within the next four months.

“The court’s decision is disappointing, of course. But we eagerly await its decision in the first case CHD filed against the FCC challenging its decision not to review its health and safety guidelines and hope that the decision in that case will temper the reckless rollout of OTARD equipment.”