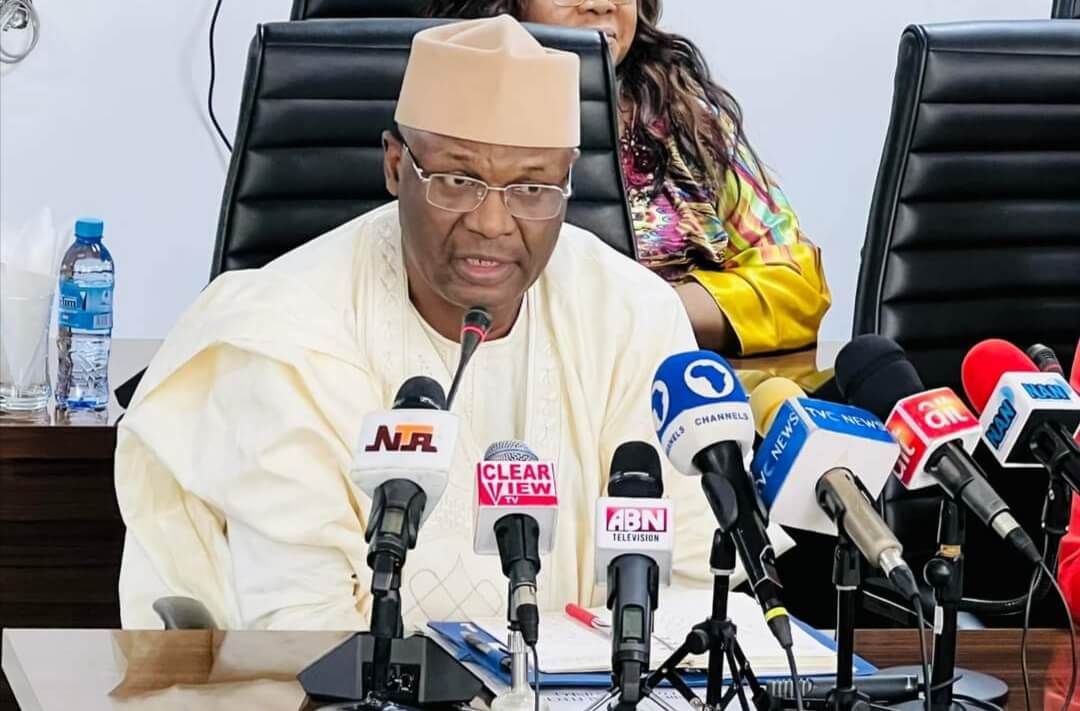 The Independent National Electoral Commission (INEC) has urged journalists to avoid rushing to publish news that is not properly verified and processed, under the breaking news syndrome.

Mr. Festus Okoye, the National Commissioner, and Chairman, of Information and Voter Education of INEC, gave the advice at a one-day training for Journalists in Owerri.

The News Agency of Nigeria reports that the training, organized by the Nigeria Union of Journalists (NUJ) in collaboration with the Commission, centered on Conflict-Sensitive Reporting and the 2023 General Election.

Okoye said that the media must be circumspect in casting headlines

“The media must find the right balance in casting headlines and avoid deliberate falsehood aimed at drawing traffic to sites.

“Deliberate falsehood aimed at drawing traffic to particular sites is a huge challenge in strategic communication; rumors and falsehood are sometimes very difficult to manage.

According to him, the commission believes that the antidote to fake news and misinformation is greater openness and transparency.

He said that the Commission would continue to partner with the media, not only as a key stakeholder in the electoral process but also as a viable tool for combating misinformation, fake news, and malicious falsehood.

He said delivering free, fair, peaceful, safe, and credible elections must be seen and viewed as a shared responsibility and partnership among agencies, commissions, and branches of government.

Okoye, who declared the event open, was represented by Mrs. Chinwe Ogbuka, a Deputy Director, Publicity at INEC.

In his address, the National President of NUJ, Mr. Chris Isiguzo, said the capacity building would help to improve professionalism and deepen the role of the media in democracy.

“For us as media professionals, we see it as a cardinal objective to promote democracy and development and therefore we shall continue to work with INEC to ensure that democracy works properly in the country.

“Our role as journalists is to facilitate easy access to information that will enhance participation in governance and ultimately enable citizens to make informed choices during elections,” he noted.

However, he said the lack of a conducive working environment, poverty, poor remuneration, and lack of adequate training were some of the constraints facing the media profession.

He charged media professionals to brace up for the challenges ahead, especially since they were expected to participate in the process of social reconstruction and democratization.

Isiguzo, who bemoaned the culture of impunity and attacks on Journalists, stressed the importance of safety and security for them across the country.

“Without doubt, the safety of journalists is absolutely essential in the pursuit of the civil, political, economic, social, and cultural rights of all citizens as well as the right to development,” he stressed.

The president also called for the empowerment and training of journalists to improve professionalism.

Earlier, the chairman of NUJ, Imo Council, Mr. Chris Akaraonye, commended Isiguzo for attracting the training to the state.

Akaraonye expressed confidence that the partnership between NUJ and INEC would ensure successful coverage of the 2023 general elections.

Share this on WhatsApp
Related Topics:counselsINECjournalistssyndromeunverified breaking news
Up Next