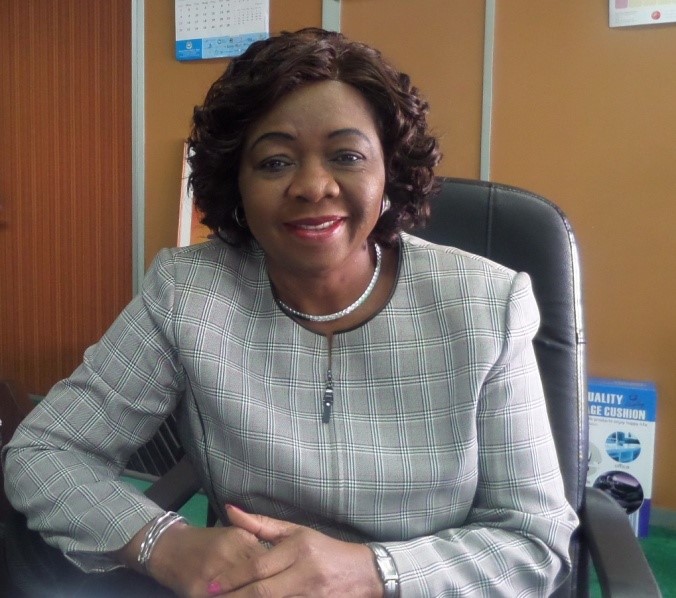 Stakeholders in the insurance company are optimistic that 2016 will usher in a new dawn for the industry.

The President of CIIN, Lady Isioma Chukwuma, said though 2015 is a tough and challenging year for players in insurance market, 2016 would be a positive year. She believes that as soon as government can lead by example by taking up insurance and paying its premium, the industry would be the main beneficiary.

Moreover, she said operators are ready to abide by all regulations coming from the industry’s regulator, the National Insurance Commission (NAICOM) in a bid to move the industry forward and ensure that the sector grows from strength to strength.

“Even the last regulation on settlement of outstanding claims, which its deadline was September, I am aware majority of insurance companies met the deadline. I don’t think anybody wants to lag behind again. However, companies should pay their claims as and when due so that they don’t have accumulated unsettled claims. Moreover, there is also a requirement that we should submit our outstanding claims quarterly or monthly to NAICOM. That will also go a long way to checkmate unsettled claims in the industry and will help insurance companies to be in good shape. All things be equal, 2016 should be a positive year for operators,” she envisaged.

Speaking on CIIN, Chukwuma, who is also the Managing Director of Nigeria Reinsurance Corporation, said the institute has lined up series of activities for next year to increase insurance education and sensitisation across the country, stating that this would positively enhance insurance adoption among Nigerians in the coming year.

On his part, Director-General, Nigeria Insurers Association (NIA), Mr. Sunday Thomas, said the hard times in the country is a sign that a positive development is on its way. “When there is going to be a solution, there are bound to be pains, believing that what we are going through right now, as a nation, is the pain that is going to give us a better nation,” he said.

In the 2016 budget, he said so much was accrued to capital expenditure, in a bid to provide infrastructures that will make business operating environment conducive for all. He added that the multiplier effect of this is that businesses and individuals would generate more profits, thereby, having enough to take or renew their insurances.

According to him, “And if you look at the budget of this year, so much is put in the capital expenditure and especially, those infrastructure that will reestablish our nation. I am sure those things, if put in place, are likely to enhance businesses, make doing business less expensive and if that is the case, people are likely to have more to be able to meet their financial obligations, like having to effect insurance and paying premium regularly.”

He believes the current administration, being a responsible one, should lead by example in enforcing all the insurances, adding that if this is done, the private sector will take a cue from this, hence, leading to rapid adoption of insurance products and services.

So, we are quite optimistic, in spite of the current difficult business environment, he said.

Believing that the revised insurance bill should be reviewed, revised and passed into law in the coming year, if all things went as planned, he said this would lead to enforcement of some insurances, thereby bringing more businesses for insurance operators and profits for the industry.

“In our last meeting, as an association with NAICOM, the Commissioner for Insurance said all efforts would be made towards ensuring the bill is passed in the National Assembly and I want to believe that the process has commenced. Since it’s an executive bill, if he is able to get the support of the honourable minister of finance, so, whatever committee that is put in place to review the bill, let it be up to date and also align it with international best practices, there is no doubt about it that we will be able to get it through,” he stated.

He believes that with the new bill, “the regulator would be more empowered to enforce relevant insurance laws and operators, themselves will seize the opportunities provided by the bill to deepen the market. Products like microinsurance will now have statutory backings and the moment you have that, guidelines drawn out, it creates the opportunities in which operators can explore.”

Meanwhile, insurance agents, under the auspices of the National President, Association of Registered Insurance Agents of Nigeria(ARIAN), believes, with series of sanitisation exercise going on in insurance industry, 2016 would be a better year for operators in insurance sector of the economy.

Speaking on behalf of the insurance agents in Lagos, the President, ARIAN, Mr. Gbadebo Olameru, said the national election, the depreciating price of oil in international market, Naira depreciation, among others, led to slow business atmosphere in the current year, hoping that next year promises a better prospects.

While charging all relevant stakeholders in insurance industry to be alive to their duties and operate fully in accordance with relevant insurance laws, he noted that this will enhance insurance contribution to the GDP as well as enhance insurance growth and profitability.

He however, urged relevant agencies to ensure that the revised insurance bill is passed into law, latest next year, which would make insurance business lucrative and profitable for all players.

The Managing Director/CEO, Financial Derivatives Company Limited, Mr. Bismarck Rewane, said the young and growing population of approximately 170 million people present a huge growth opportunity, noting that even at 2.6 per cent, annual growth rate would have accommodated four million of the Nigeria’s population.

According to him, “Stable economic growth projected at 6.2 per cent is favourable for business growth and insurance as an important arm of the financial services market would benefit.”

He also emphasised on opportunities in the country’s technological advancement, where mobile telecommunication phone ownership currently stands at 84.9 per cent in urban areas and 55.6 per cent in rural areas. Sale of life insurance using mobile phone network to 126 million active lines, Rewane stated, would definitely boost insurance penetration in the coming years.

This, he said, was because the lack of basic information, for instance on motorists, means that insurance companies often underbid on the risks that they underwrite.

To him, “Evidence suggests that life insurance has been boosted by the introduction of compulsory group life policies among companies and public sector organisations. Rising wages and disposable incomes are leading to rapid growth in home and car ownership, which together increased the insurance market.”

Speaking further on what is needed to be done to improve the business for future growth, he pointed out that micro insurance will play very important role in poverty alleviation programme of the Federal Government by guaranteeing compensation to the poor who are perennial victims of flood, fire and other natural disasters.

While calling on his colleagues to continue to insist on best practice in order to engender the relevance of insurance business to the growth of the nation, he added that all the aforementioned suggestions, if adhered to, can allow insurance operators to come out stronger after the economic turmoil and the current challenges.

The Group Managing Director, Royal Exchange Plc, Mr. Chike Mokwunye, said to resolve the problem of low insurance penetration, government must demonstrate genuine interest in the industry. Government actions, he said, should go beyond regulatory effort but should extend to providing structural and institutional framework required for insurance to strive in the economy.

“Government should partner with insurance companies, insurance institutions and other stakeholder to promote the development of insurance since it is in its interest to so do,” he pointed out.

Share this on WhatsApp
Related Topics:ARIANCIINLady Isioma ChukwumaNAICOMNIA
Up Next