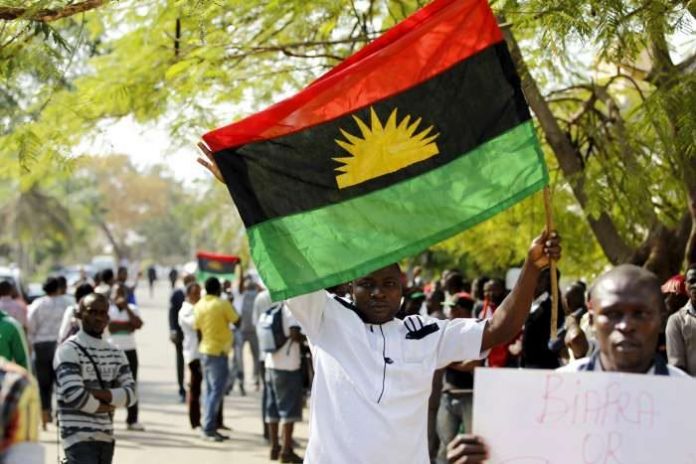 Recall that the Federal Government on Wednesday approved N653.8m to procure and deploy a hybrid spectrum monitoring system said to cover the South-East, a move interpreted by some to shut down Radio Biafra owned by IPOB.

In a statement by the Media and Publicity Secretary, Emma Powerful, IPOB wondered why such whopping money would be earmarked to smother a project of a group being referred to as miscreants.

The statement reads: “The attention of the global movement of the Indigenous People of Biafra (IPOB) ably led by our great Leader, Mazi Nnamdi Kanu, has been drawn to the approval of N654m by the Federal Government of Nigeria to monitor and crash Radio Biafra frequencies in the country particularly in South East and South South geopolitical zones.

“That the Federal Government of Nigeria mapped out such a whopping amount of money for this unreasonable project despite its precarious economic state only confirms it’s jittery over the name IPOB. We thought they said we are miscreants? How come they are now losing sleep over miscreants?

“The Nigerian Government and its agents have spent more than this amount in the past and nothing came out of it. We are expecting them to approve more money for the fight because they must understand that they will try but cannot withstand IPOB and its Leader Mazi Nnamdi Kanu. Such attempts in the past amounted to efforts in futility, and this time, they will fail again.

“In fact, to prove to them how formidable we are, within six weeks from now, IPOB will launch Radio Biafra in Daura, the home town of Buhari who presided over the FEC that took this foolish decision. Then he will know that the cabal, their sponsors and slaves are no match to indefatigable IPOB.

“In case they are unaware, Radio Biafra is not only received in Biafra land but in various parts of Nigeria. It is also the choice radio station of millions of audiences in over 100 countries of the world.

“We are well ahead of Nigeria, and it’s far too late to stop Biafra. We are a divine movement ordained by the Most High God in Heaven.”