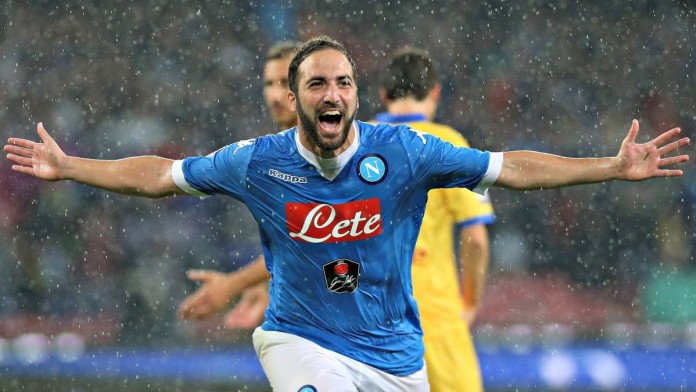 Juventus has completed the signing of Argentine superstar, Gonzalo Higuian.

He was the Serie A’s leading scorer with a mind-boggling 36 goals in 35 games. The fee is reported to be around €90m.

Juventus will pay in two installments and have already made a payment of €45m with the rest to come later.

Napoli had been adamant that Higuian’s release clause would have to be met if he was to go anywhere and Juventus having met it has won the race against Arsenal, who was also said to be interested.

Higuian is set to make about €7m a year from this deal and should be with the Bianconeri for the next five years.

He joins fellow new signings, Miralem Pjanic, Marko Pjaca, Medhi Benatia and Dani Alves in the Juventus team in what has been a very productive summer.