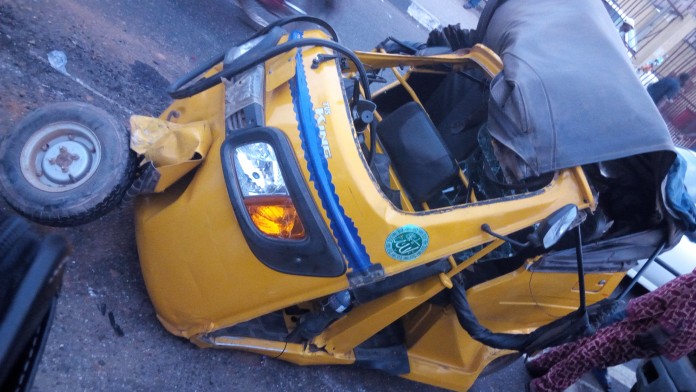 It was by stroke of luck that an unidentified tricycle rider popularly called Keke Marwa was almost killed Wednesday evening as he was hit behind by a jeep.

The rider with the passengers were seriously injured and taken to a hospital before our correspondent got to the scene of the crash.

National Daily gathered from the traffic policemen and LASTMA officers who did not want their name mentioned that the jeep was at fault as he was said to have rammed into the keke Marwa from behind.

The damaged tricycle and the vehicle were later removed from the road to allow unhindered vehicular traffic.