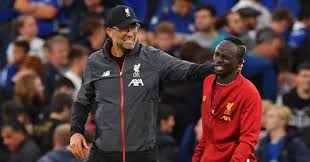 Jurgen Klopp insists he is completely relaxed about his relationship with Sadio Mane after the forward snubbed post-match congratulations from his Liverpool manager.

A late decision was made in training to start Diogo Jota instead of the Senegal international for the 4-2 win over Manchester United.

Although he did come off the bench in the second half, Mane was in no mood to welcome an approach from his club manager after the final whistle.

Klopp played down the suggestion his player had disrespected him.

“I cannot make a bigger story of it as it is,” said Klopp, who had not spoken to the player prior to Friday’s pre-match press conference ahead of Sunday’s trip to West Brom.

“Football is an emotional game and everyone expects us to control our emotions always, but it doesn’t always work out. That’s the case.

“Do you want these things to happen? No. But it’s not the first time in my life and I’m afraid to say it won’t be the last time.

“If somebody shows me five million times respect and one time not, what is then more important?

“If you had seen me as a player, what I did out of emotion was insane — and I’m a completely normal guy. But it happened to me.

“We will talk about it, then it will be sorted. That’s all.”

While one of his forwards may be sulking for a day or two, another is riding a wave of confidence.

Mohamed Salah brought up his 30th goal of the season at Old Trafford.

The Egypt international scored his 124th goal for the club in his 200th appearance — faster than Liverpool’s all-time leading goal-scorer Ian Rush.

Only Roger Hunt, Gordon Hodgson and Robbie Fowler have scored more in their first double-century.

Klopp likened his “goal-scoring machine” to Robert Lewandowski, arguably currently the best centre-forward in the world.

He signed Lewandowski for Borussia Dortmund before the Poland international moved to Bayern Munich.

“There’s Robert Lewandowski, who I signed for a different amount of money years ago who had an incredible development from a different level,” Klopp said.

“With Mo, from the guy who scores from time to time and is a really good football player to this goal-scoring machine is a massive development.

“He is an outstanding signing, but for sure the way he developed, the way he treats himself, the game preparation, the training preparation, training attitude and all these kinds of things, that’s exceptional.

“That’s a real role model and he deserves all that. Absolutely.” 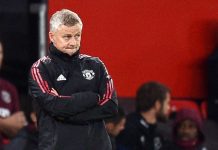 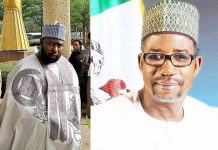 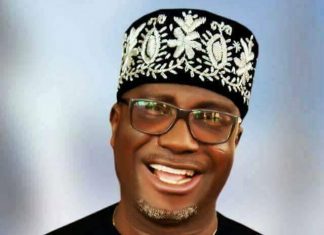