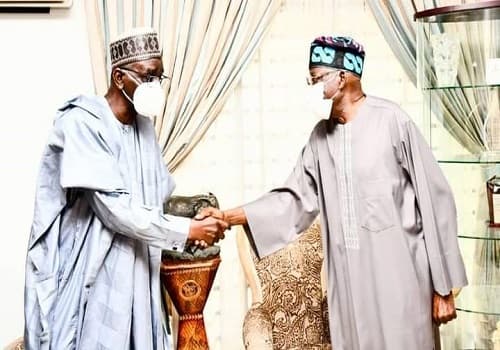 NNPP’s drop-in Sen. Ibrahim Shekarau might be on his way out after months in his new party.

According to reports, the former APC stalwart got his automatic ticket on defecting to the NNPP founded by Kano former Gov. Rabiu Kwankwaso.

But Shekarau’s followers appear shortchanged as the NNPP blocked them out of the party candidates it submitted finally to INEC.

This didn’t sit well with Shekarau.

Since then, his former parties—the APC nad the PDP—have begun their scramble to buy him back.

So the highest echelon of the Shekarau group are now meeting to decide the next plan of action as the NNPP isn’t changing his stance.

A report by the Daily Trst said a 30-man committee has been set up now to decide where the Shekarau camp will move to—either the APC or the PDP.

The APC residential candidate Bola Tinuu will sonn meet Shekarau. His runing mate Kashim Shettima has been discussing with Shekarau for weeks.

The PDP chairman Iyorcha Ayu, too, has been holding meetings to persuade the senator to pitch his camp with the party.

But the chairman of the NNPP in Kano in Kano has dismissed the report of Shekarauu’s defection.

“As far as the party is concerned, Malam Shekarau remains a bonafide member of our party, NNPP,” the newspaper quoted Haruna Doguwa as saying.