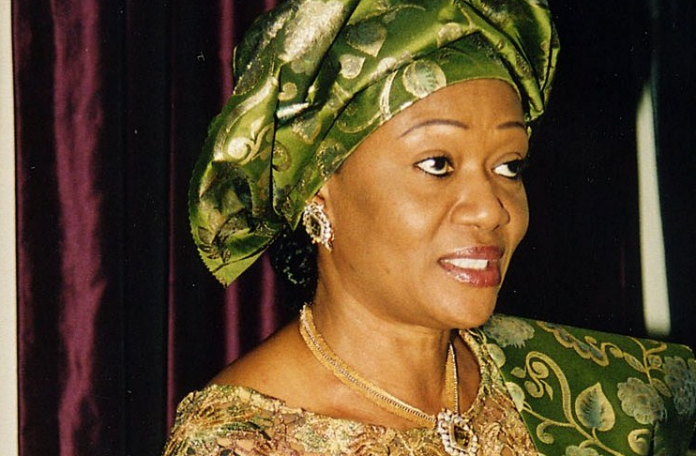 Share this on WhatsApp
Spread the love
There appears to be precarious wind blowing in the political atmosphere of Lagos State towards the 2019 governorship election. Senator Oluremi Tinubu, wife of the national Leader of the All Progressive Congress (APC), Asiwaju Bola Ahmed Tinubu, may be steering impetuous political storm in the state if the innuendo of her warming up to challenge Governor Akinwumi Ambode for the APC ticket is correct.
The political workers of the Senator, representing Lagos Central in the National Assembly have been on duty launching wide campaign for the party’s national leader on the social media. Remi Tinubu’s campaign posters have been spotted on several social media platforms, raising consciousness of preparations by the wife of the former Lagos Governor to contest the APC ticket with Ambode, thus, stalling the incumbent governor’s re-election for second term.
Some of the grassroots soldiers of the party leader are beginning to read in between the lines of Lagos politics, expressing some reservations and disquiet. Virtually, all grassroots soldier of Tinubu in Lagos are already opposing the idea, vowing to work against it when the decision time comes.
Governor Ambode is still serving the first term of the zoning to Lagos East, and is expected to serve for two terms before the governorship seat moves to another zone.
Stakeholders in Lagos East, penultimate week, held a Town Hall Meeting at Epe  where they all declared support for Ambode’s second term.
Senator Gbenga Ashafa led other prominent stakeholders in the zone who include   Senator Olorunimbe Mamora, former Speaker of Lagos State House of Assembly, Right Honourable Adeyemi Ikuforiji, and others, to mobilise the people of the zone for Ambode.
Mamora had declared:  “we should all stand for Ambode. I have been Speaker of Lagos Assembly, I have been a senator in the National Assembly for two terms, I know what happens in this state, we should all stands and resist any attempt to frustrate Ambode from going for a second term in office.”
Ikuforiji had told the people the need to be united and support Governor Ambode for second term, remarking that Lagos East has the right to serve two terms like other zones in the state that have enjoyed their own tenures in the zoning scheme.
Meanwhile, Mrs. Tinubu is yet to formally declare her ambition for the governorship race despite the campaign already commenced on the social media by her supporters.
Share this on WhatsApp
Related Topics:2019 governorship electionAll Progressive Congress (APC)Asiwaju Bola Ahmed TinubuGov. Akinwunmi AmbodeSenator Oluremi Tinubu
Up Next

Another rival emerges in PDP against Atiku

Buhari has no solution to Nigeria’s problems