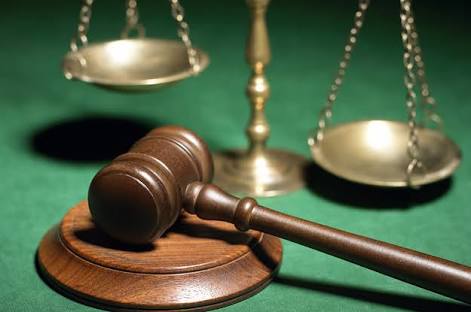 Share this on WhatsApp
Spread the love
By Lanre Adesanya
The Lagos State Government has prosecuted a paramilitary officer attached to the Lagos State Task Force for stealing a ‘Phantom 6 Techno’ mobile phone belonging to one Pastor Kingsley of Christ Church, Fadeyi, Lagos.
SP Egbeyemi, Chairman of the Lagos State Task Force, disclosed that Mr. Moses Prince (34yrs), a paramilitary officer, deployed from ‘Man’O’ War’ to the Agency in October 2016, stole a ‘Phantom Six Techno’ mobile phone valued at N150,000 during an enforcement operation carried out at No 22, Ereko Street, Fadeyi, Lagos.
The Chairman explained further that the enforcement operation was recently carried out in continuation of the arrest of notorious miscreants and hoodlums who engaged in a bloody fracas that engulfed Idi-Oro area of Mushin.
He noted that the accused (Mr. Moses Prince) voluntarily confessed to have stolen the mobile phone (Phantom Six Techno) from a kitchen of the building where enforcement was carried out by the Agency.
SP Egbeyemi revealed that the Agency had carried out series of seminars where officers of the Agency were lectured to shun criminal activities and be upright in the course of discharging their legitimate duties, assuring that any acts of criminality from officers would not be tolerated by the government.
Meanwhile, Magistrate Lateef Owolabi of the Lagos State Mobile Court at Oshodi sentenced the accused (Mr. Moses Prince) to one year imprisonment without any option of fine after he pleaded ‘Guilty’ to a one-count charge levied against him for ‘Stealing a Phantom 6 Techno Mobile Phone while in discharge of a lawful duty with the Lagos State Task Force’ contrary to Section 258 of the Criminal Laws of Lagos State.
Magistrate Owolabi said the judgment was meant to deter other public officers from engaging in criminal activities for any reason at all.
Share this on WhatsApp