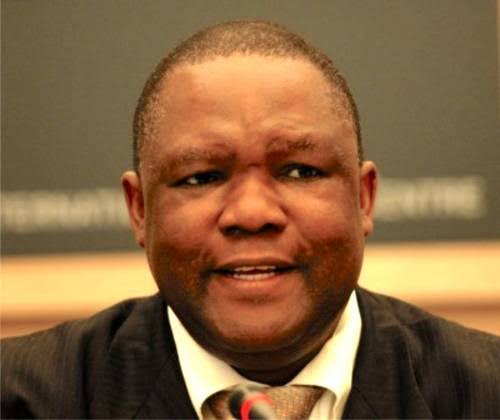 Obadia Mailafia, a little known politician who contested and lost the 2019 presidential election on the platform of the ADC, cannot be pinned down to his word.

The former deputy governor of the CBN ran his mouth on a radio talk show in Abuja last week, saying a northern governor commands Boko Haram and President Muhammadu Buhari government is part and parcel of banditry in southern Kaduna.

“The body language of this administration shows clearly that they have a hand in the killings, no doubt about it,” he said.

But the Department of State Security invited him days ago for questioning, and he came out later telling Nigerians and the media he stood his ground.

However, a press statement by the DSS indicated Mailafia admitted his irresponsibility and apologized.

The DSS said despite his strategic position in Nigeria’s foremost institute of policy and strategic studies (NIPSS), Mailafia chose to cross the lines of decorum.

” This, he has agreed to be a grievous error on his part. It, however, suggests his mischief and determination to use the fake news he spewed to incite the people under his control, the DSS statement issued by its PRO Peter Afunnaya read in part.

“It is even more condemnable that Mailafiya, who had profusely apologized during his visit to the Service’s Plateau State Command for his ignoble statement, would, afterwards, announce to the world that he stood by his misguided eruption.”

The politician’s statement is reverberating across the nation, especially the north whose comity of governors have insisted the statement must be investigated.

“In line with its mandate of detecting and preventing threats and crimes against the internal security of Nigeria, the Service hereby reiterates its previous warning that it will henceforth not condone unruly conducts of persons and groups that ought to know better,” the DSS warned.