Lionel Messi’s father, Jorge Messi, has responded to critics questioning whether his son deserved to win the Ballon d’Or.

Ronaldo, who finished in sixth position, snubbed attending the ceremony and commented on an Instagram post highlighting all of his achievements over the past year in query to his finishing position in the rankings, writing: “Facts.”

Reacting, his father Jorge Messi posted a photo of his son holding the trophy and he wrote in in the caption: “Bla bla bla… carry on.” 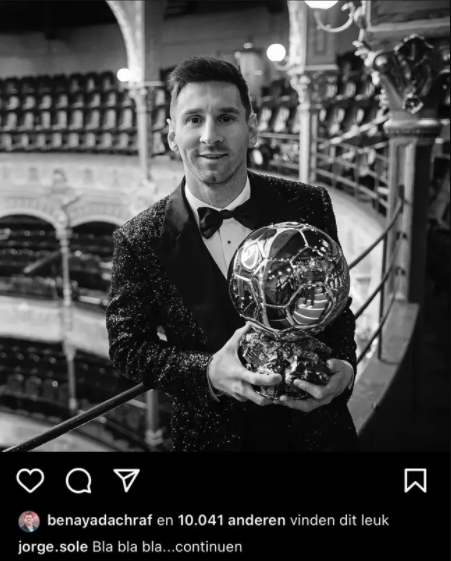