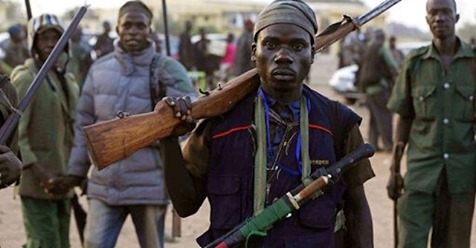 There are indications that thousands of local hunters in northern Nigeria have mobilized to take over the battle from the Nigerian Army against the Boko Haram insurgents in the North East, Nigeria, who have been causing devastating destruction and displacing Nigerian citizens in thousands in that part of the country. The local hunters had warned that it is time to deploy their full force to eradicate the terrorists from the land, admonishing the insurgents that they don’t fear guns, and even lions fear them.

There are indications that the local hunters may constitute an expanded formation of the Vigilante Civilian JTF. They were said to be boiling for war with the terrorists.