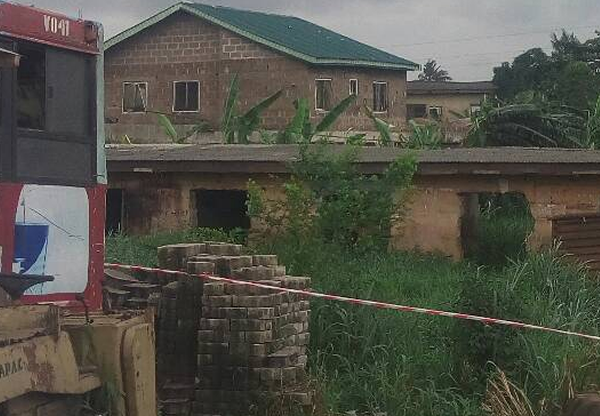 While the prompt action of the Police saved three of the five men accused of being ritualists along the Ijaiye-Ojokoro axis of the Lagos-Abeokuta expressway on Tuesday, the two who were lynched by an angry mob may be innocent of the charges against them, National Daily has gathered.

Ahmed, a former resident of the area who claimed to be familiar with the alleged building being used by the suspects dismissed the notion that a kidnappers’ den was in the area.

“This is nothing but a false alarm,” he told National Daily. “You see, I’ve been here since yesterday and the story is neither here nor there. Since yesterday, we are yet to see incriminating evidence to show that, indeed, kidnapped victims are being held here.

“That building they say is a hangout for the kidnappers actually has a sad history. The owner of the building, an old man, was murdered years ago. The family, however, continued to live there but they have always been disturbed by flood. And just a year or two ago, the man’s children, most of them now married and had left, decided to raise a storey on the building for their aged mother.”

Since the ground floor was abandoned, Ahmed said some boys in the neighborhood took advantage and started using the place as a smoking joint.

“It is not a hangout for kidnappers, but a place where all these boys come to smoke and sell hemp,” he said.

“No human will survive inside this tunnel, people should drop that story. The man burnt might be one of these mentally challenged persons who had slept under that slab over the night.” 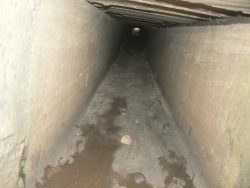 Just a step into the street, those who have been forced out of the building and the surrounding buildings are crying foul, that their houses are no kidnappers’ den and this incident has seen hoodlums breaking into their homes to loot their properties under the guise of searching for kidnappers.

“All my things have been stolen,” an aged woman whose house is behind the alleged kidnappers’ building cried. “They broke the door, jumped in and took my things.

The woman said she has lived in the area for more than 30 years and not once has a kidnap case been reported. “It

On Tuesday, the police commissioner, however, said the command has arrested about 7 persons who are suspected to be using those buildings as a base for rituals

Share this on WhatsApp
Related Topics:KidnapperLynchedNigeria Police Force (NPF).Residents
Up Next