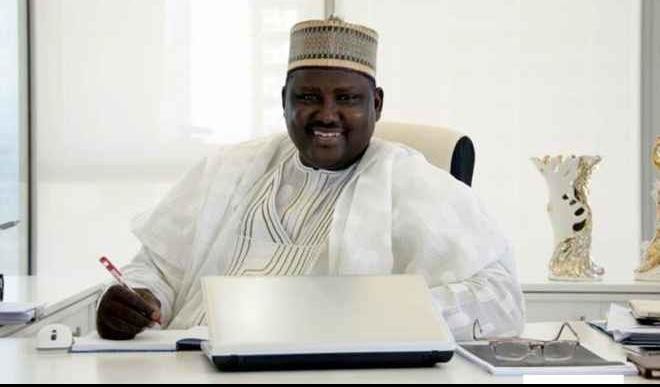 No fewer than 23 landed properties belonging to the former chairman f the Pension Reform Task Force Abdulrashed Maina have been forfeited to the federal government.

Justice Folasade Giwa-Ogunbanjo of a federal high court in Abuja granted the order on Tuesday after hearing an ex parte motion by the Economic and Financial Crimes Commission.

The EFCC’s counsel, Mohammed Abubakar, alleged that the properties were suspected to be proceeds of unlawful activities traced to Maina and his associates.

The court also gave an order directing the publication of the order of interim forfeiture in a national daily newspaper.

The motion was brought pursuant to Section 17(1) and (3) of the Advance Fee Fraud and Other Fraud Related Offences Act 2006.

The properties include houses, estates, companies, among others, located in Abuja, Kaduna, Borno and Nasarawa states.

The houses include a two-bedroomed semidetached located at Life Camp, Abuja and a plot of land in Cadastral Zone, Utako, both acquired in Maina’s wife’s name.

There are also a duplex in Kubwa, Abuja acquired in Maina’s name; a three-bedroomed bungalow acquired in the name of a company where his relations are directors, and a farm in Karshi, Nasarawa State acquired in the son’s name.

The application was supported by a 30-paragraph affidavit deposed to by one Mohammed Goji with 34 exhibits attached.

“That in the course of investigation, it was discovered that large scale corruption in the form of stealing and money laundering of pension fund had taken place, spearheaded by one Abdulrasheed Maina, who was the chairman of PRTT along with his accomplices.

“That the said Abdulrasheed Maina alongside one of his cohorts, Stephen Oronsanye, the former Head of the Civil Service of the Federation had set out to siphon funds belonging to the Federal Civil Service pensioners by setting up a fraudulent nationwide biometric enrolment exercise for pensioners on Federal Government payroll under the auspices of a Pension Reform Committee.”

The judge adjourned the case till November 19 for mention.