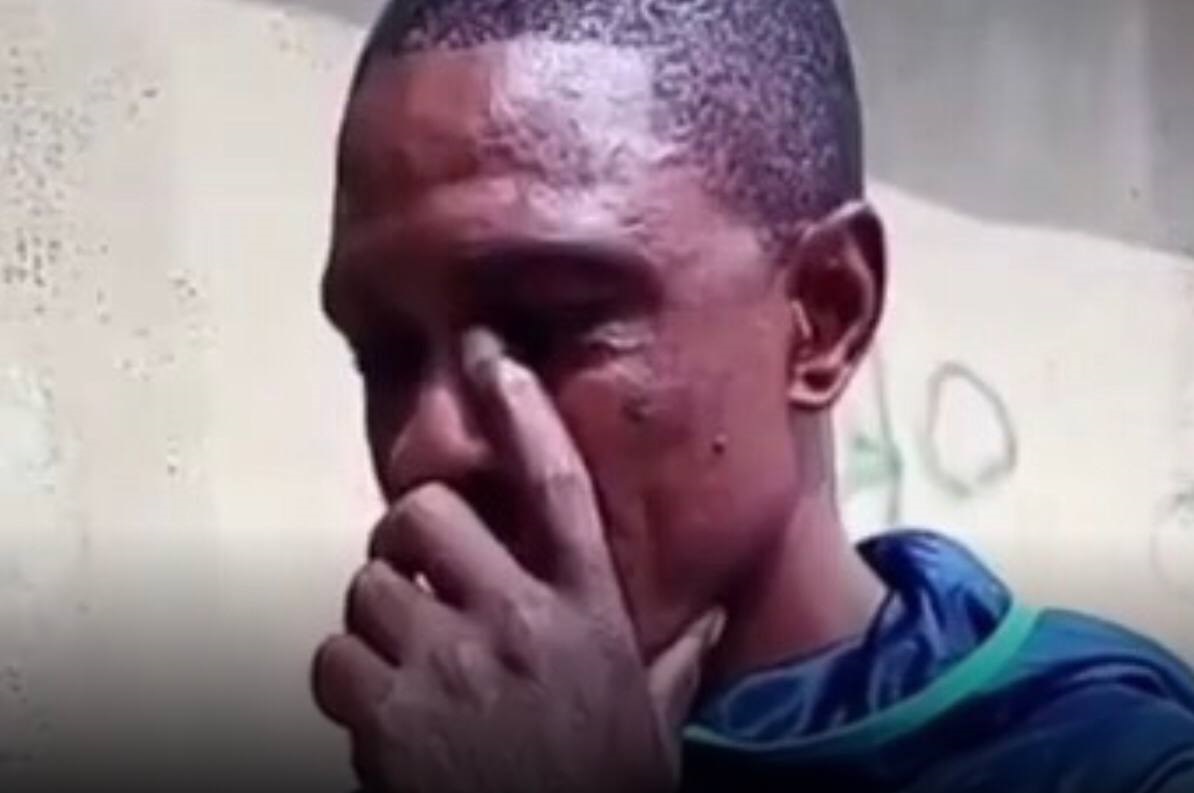 A middle-aged man identified as Rasaq has been arrested by police operatives in Lagos after he was caught with three human skulls in a sack.

He was apprehended on January 16 during a stop-and-search operation. During interrogation, Rasaq revealed he found the skulls in a gutter in the Ayobo axis of Lagos state and decided to take them for his personal use. He refused to say where he was headed at the time he was apprehended.

In a trending video, he can be seen covering his face during interrogation. He went further to exclaim, “My life has spoilt. My life has spoilt” after realizing his get rich plan had failed.