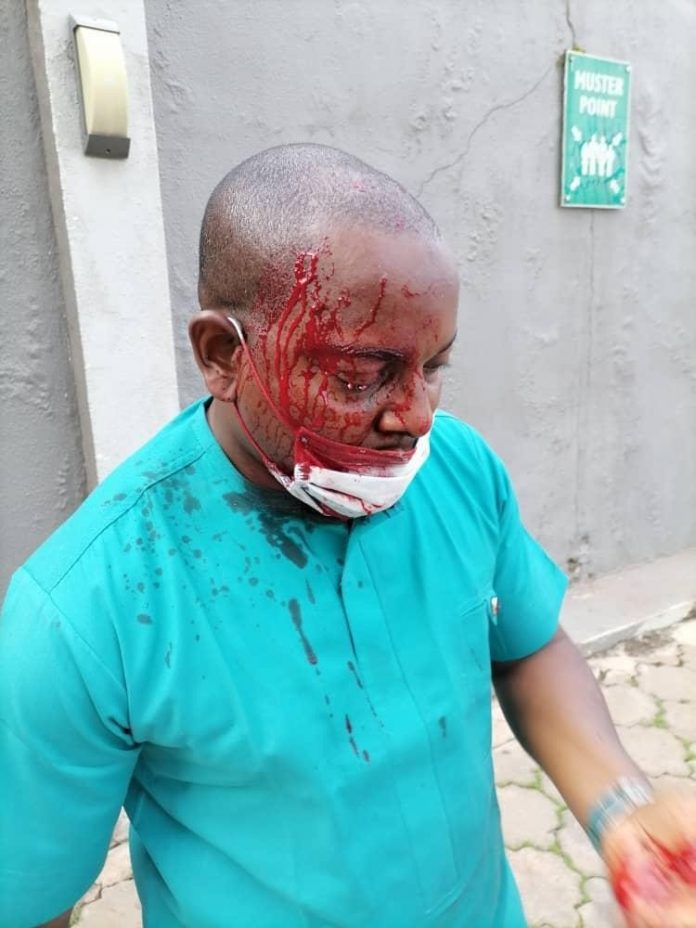 The Nigeria Medical Association, Enugu chapter, had their election Thursday, and it was all gashes and blood.

The election which took place at the Michael Okpara Square saw some members clashing with armed thugs, numbering 30, hired by another faction of association.

According to reports, the Okwesili-led executive wanted the rules followed during the election. But members who objected had unleashed the violence.

In the resulting melee, chairs, tables, canopies were destroyed, and ballot boxes as some doctors caught in the violence sustained injuries.