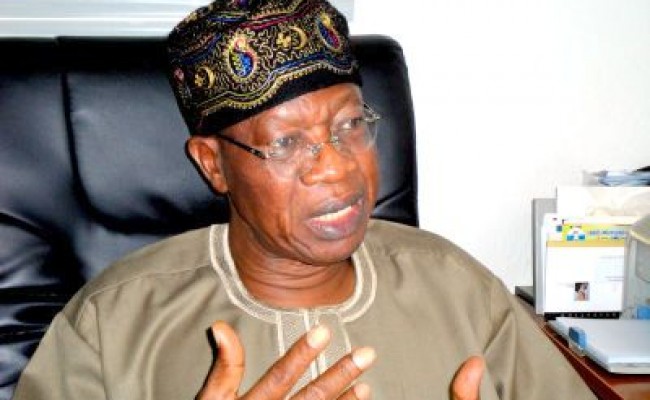 The Federal Government has assured that the obnoxious policies on visa and banking against Nigerians in the United Arab Emirates (UAE) will be addressed.

The Minister of Information and Culture, Alhaji Lai Mohammed gave the assurance  in Abu Dhabi when he met with the officials of the Nigeria Embassy in UAE, led by the Charge d’ Affairs, Mr Nura Rimi.

The meeting was on the sideline of the International Conference for the Safeguarding of Cultural Heritage in Conflict Areas, attended by the minister in the UAE capital.

The minister had represented President Muhammadu Buhari at the conference.

Mohammed said that a situation where many Nigerians with genuine mission to the UAE were given only two weeks visa into the country was not acceptable.

The minister expressed shock to hear that Nigerians studying in the country were not allowed to open bank accounts, making it difficult to send money to them by their parents.

He assured that he would take the matter up with appropriate authorities at home and ensure something is done to address the challenges.

“I think these are quite serious issues especially when Nigeria gives them months when they apply for visa.

“I can assure you that the government will take it up.
.
“On the denial to open accounts, of course, you will always have good people and bad people in every society, but unfortunately, it is those bad people that always attract the attention of the authorities.

“We will not want to be judged by these bad people and I think again it is a matter that the government has to immediately take up,” he said.

The minister assured the embassy staff that the concern raised on non-availability of current information on Nigeria in missions worldwide was being addressed.

The hosts had said that most time they relied on inaccurate information from the internet, particularly when people come to seek information on investment potentials in Nigeria from the embassy.

The minister said that “on Dec. 15,  the ministry will launch an information app which is going to provide real-time information to Nigerians home and abroad on any issue.”

He said the app is a collaboration between the ministry and the private sector and when launched it would be able to solve the challenge in all missions across the globe.

“We are also contemplating launching a special Foreign Service news delivery system where classified information, particularly on investment will be disseminated,” he said.

Reacting to Emirates Airline suspension of flight to Abuja and cutting down on frequency of flights to Lagos, the minister said the issue was being addressed

“It is not because the route is not viable; it is because they have been unable to repatriate their funds.

“The Central Bank of Nigeria and the government are working very hard to ensure that very soon it is reversed,’’ he said.
.
The minister disclosed that government recently approved the signing of Bilateral Air Service Agreement (BASA) with the UAE and Singapore which would forestall future occurrence of such development.

Mohammed expressed delight that the UAE was willing to assist in the challenge of Internally Displaced Persons (IDP) when approached.

He seized the opportunity to brief his hosts on what the government was doing to address the challenge of IDPs.

“Today, a minister is the coordinating officer between the various international organisations and government on IDPs.

“For once, the humanitarian organisations are realising the magnitude of the crisis in the North East, with an understanding that it is a crisis that involves over 20 million people from about seven nations around the Lake Chad Basin.

“The FAO, UNICEF, UNHR, International Organisation for Migration and others are coming together to our aid.

“What is interesting is that they said they have come because of the commitment the country has demonstrated to the crisis,” he said.

Earlier, the envoy had told the minister that in spite of all challenges, the mission had been able to carry out its assigned responsibilities diligently and received the recognition and accolade from the host country.

“Recently, we were awarded a certificate of excellence by the government of UAE.

“Nigeria embassy in Abu Dhabi is one of the three embassies that received the award of excellence and recognition.

“That goes to say that out of the paucity of fund and other pressing challenged, we are still committed and dedicated to carrying out our responsibilities,” he said.

Rimi added that they were in total support of government’s efforts back home and ready to carry out any responsibility that will assist in the fulfilment of the change agenda.

He said it is a supreme sacrifice that all have to make for better tomorrow.

Rimi said there is a sizeable number of Nigerians in the UAE, particularly in Abu Dhabi. 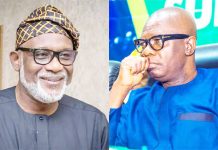