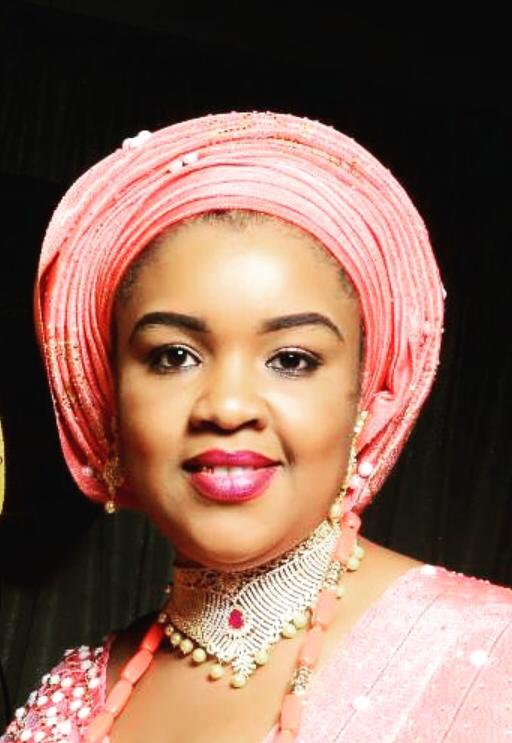 Presidential candidate of the Young Progressives Party, Professor Kingsley Moghalu, has announced Mrs. Umma Getso, the Deputy National Chairman of the YPP, as his vice-presidential running mate for the 2019 elections.

She is a political activist and business entrepreneur who previously co-founded the National Progressive Movement (NPM).

A statement from the Moghalu campaign organisation describes Mrs. Getso as “a passionate advocate for the education of the girl-child in the northern states of Nigeria”.

Moghalu, 55, a former deputy governor of the Central Bank of Nigeria, who announced his presidential bid in February, says he settled for Getso because of his belief that the solution to Nigeria’s problems lies with the youth demography.

“My choice of Umma Getso is a recognition of her talent, leadership ability, and a passionate commitment to a better future for the youth of Nigeria”, Moghalu said in a statement. “It also is consistent with my strong commitment to women as full partners in nation-building. I restate my target of 50:50 gender parity in the composition of my cabinet as President of Nigeria in 2019”.

Getso is the daughter of late Abdullahi Giwa Getso, a front-line politician in his day.

Abdullahi Getso was elected senator in 1983 on the platform of the National Party of Nigeria (NPN).

Founded in 2017, the YPP says it is anchored on an ideology of a progressive society in which the citizen, rather than politicians and their vested interests, is enthroned as the focus of governance.

Professor Moghalu has been traversing the length and breadth of Nigeria to deliver a message of hope and his blueprint for upending the old order in his country’s political scene.

Moghalu will be coming up against incumbent President Muhammadu Buhari, former Vice President Atiku Abubakar, former minister and ‘Bring Back Our Girls’ co-founder Oby Ezekwesili, leadership consultant Fela Durotoye, former Governor Donald Duke and online publisher Omoyele Sowore, among 70 others, in the battle for the number one job in Nigeria, Africa’s most populous nation in 2019.