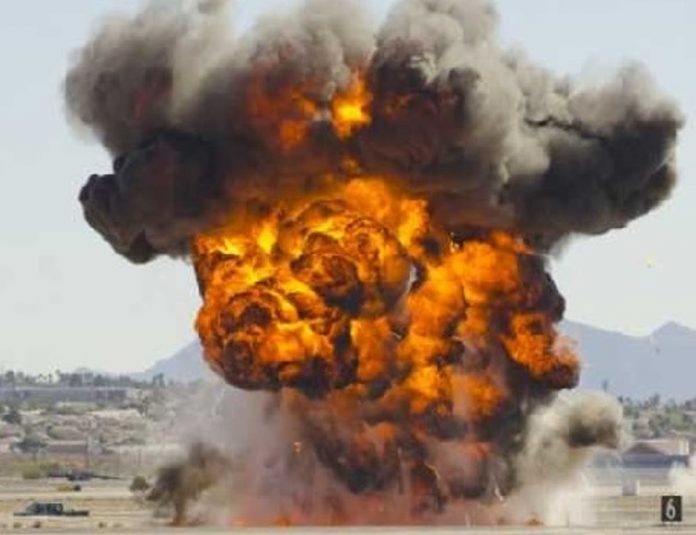 Residents of communities in the Gomari Ward and 1,000 Housing Estate in Maiduguri, Borno State, were woken to a rude shock on Saturday morning when at least four different explosions were recorded simultaneously.

Though there was no record of casualties, a security operative who confirmed the explosions said at least one house was severely damaged.

“The explosions were from rocket-propelled grenades which were fired from the Duwari area. One of the grenades hit a house located in 1000 Housing Estate, situated at the outskirts of Maiduguri. The house was severely damaged.

“Two other rockets were fired towards the Gomari area and 777 Housing Estate but luckily, there were no deaths recorded though there were some people who were injured,” the security operative said.

Eyewitnesses who also narrated their experiences, said the explosions started very early with the first two exploding at Gomari Airport Road and the third one landing in a building at 1,000 Housing Estate near Hajj Transit Camp, where repentant Boko Haram insurgents are being housed.

So far, no group has claimed responsibility for the explosions but in the past few weeks, the Islamic State West Africa Province (ISWAP) has intensified attacks in the North-Eastern state, with a view to stamp its authority just as the Nigerian military has suggesting that the terror been pushing decimating them in fierce battles.

Meanwhile, the Federal Airports Authority of Nigeria (FAAN) has debunked media reports that the airport in Maiduguri was targeted in the early morning attack.

In a statement signed by Henrietta Yakubu, General Manager, Corporate Affairs of FAAN, there was neither explosion, nor intrusion at the Maiduguri airport.

“The airport was not targeted, and is not under any attack whatsoever.