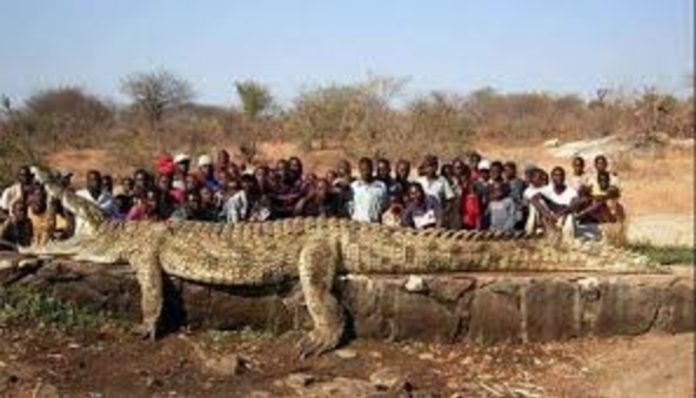 Share this on WhatsApp
Spread the love
By IFEOMA Ikem
Okpai community in Ndokwa East is a host community to Agrip Oil Company, Delta, where the company manages the largest gas plant in sub-Saharan Africa.
National Daily gathered that the community demanded 50 million naira for the death of a crocodile during the process of company’s operational activity in the area
It was learnt that the incident occurred on Friday,18 of August, 2017.
ALSO SEE: 28-year-old puts up a placard advert for husband
A source told our reporter that the crocodile is a deity in Okpai  community which they believe on and worship which they commit their affairs annually.
Further gathered that the community has stopped all the activities of the company in the area until funeral ceremony is carried out to appease the god of their land.
According to the source he said before work will start in any of the  Agrip site the crocodile must be given a befitting burial to avoid disaster in their community by ancestors.
Share this on WhatsApp