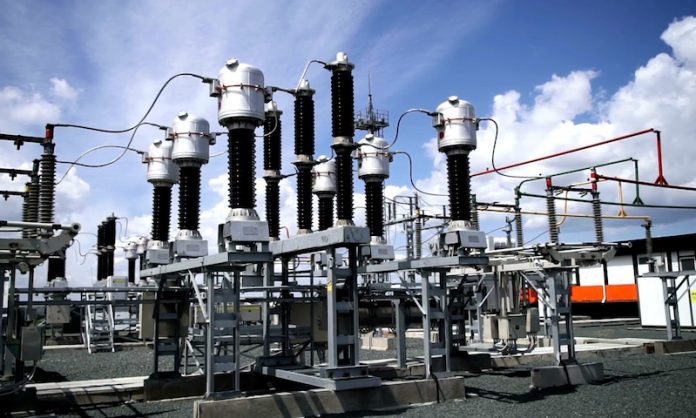 Truth is bitter but must be said at least to prick the conscience of the fleet of unconscionced people in and around the government of this nation. If we go according to the promise made by the Buhari –led APC government before they came into office, after seven years we shouldn’t be discussing issues that have to do with total collapse of our National Power Grid.

It is insulting to the sensibilities of Nigerians that this government keep referring to performances of previous governments as yardstick to assess how well or bad they are doing. It is sickening to say the least. You promised us a better deal. Can you just give the better deal as promised!

Though not blaming Tolu Ogunlesi, Special Assistant to the President on Digital and New Media for tweeting some callous data on frequency of grid crashes to give a comparison between the Buhari government and the previous administrations after all he is justifying his huge pay by the Presidency, the question Tolu should answer is: what can the data he threw at us do for businesses and homes currently struggling with epileptic or even outright zero power supply?

Is it not shameful that with Tolu’s tweet, the Presidency wants to justify the failure or collapse of National Grid in Buhari’s adminstration to that of the previous ones, rather than looking for solutions? Should we continue to allow collapse of the national grid become a defining feature of the Nigerian power sector?

In July 2019, the Implementation Agreement was signed between the Federal Government and Siemens AG for what is now referred to as the Presidential Power Initiative (PPI)- an initiative expected to upgrade Nigeria’s power supply to 25, 000MW, a key part of which includes upgrading transmission infrastructure.

The first phase of the project- which was referred to as a “quick win” was supposed to increase end to end operational capacity of the national grid to 7, 000MW between 2020 and 2021 by upgrading existing substations, constructing containerized GIS substations, developing 132/33kv mobile substations and installing 132/33kv transformers and transmission lines. It was also expected to raise transmission wheeling to 10, 000MW by the end of 2021.

How the monies were expended and the projects/programmes executed still remains at best blurred and at worst obscured. Now we are rounding up first quarter 2022 and with all of these developments, financing and promises, it is questionable why grid collapses are still being experienced in rapid succession.

In an unanimous comment sent to me, the author (unnamed) raised some serious questions that need to be answered by the government and their managers of our power sector. As said, “We keep hearing that the national grid has collapsed! Nobody has asked how? Ask them how, because it is imperative to understand these people when they give excuses. In what way did it crash? Did the transmission infrastructure fail or did the distribution network and infrastructure collapse?”

What is happening is that they can no longer sustain their lies with the current N800 per litre pump price of diesel. How can a country run on lies and expect to make any meaningful progress in terms of socio-economic and even political development/advancement?

Now hear this: What the thieves in the power sector and The Presidency are dangling to us as national grid collapse is their inability to cope with the lies they’ve fed Nigerians since this administration came into office.

The truth is that instead of investing in proper power generating facilities and capacity, what most of the GenCos have been doing is to get by on what is called “Peak Power diesel plants” and now as God would have it, apparently that plan is being exposed by the current economic realities especially the terribly back-fired scam by the NNPC to dupe Nigerians through contamination of their imported petrol with Ogogoro(methanol/ethanol). Little did they know that Russia will match into Ukraine and change the entire global dynamics of maritime operation and oil tankers’ movements!

Those knowledgeable with the nation’s power industry know that what has been sustaining Nigerian power supply for a few years now is mostly our hydroelectric plants and Gas Turbine power plants operations at Egbin, Afam, Olorunsogo and Sapele.

Up until last month (February), Egbin was contributing an average of 800MW to 900MW to the national grid. The plant has an installed capacity of 1320MW. Sadly, there was a recent fire outbreak in Egbin. This happened in February, after which Egbin lost about 630MW of its output and thus, its ability to contribute meaningfully to the national grid was greatly diminished.

Other power plants could barely pick up the slack. Do you know why? Most of the nation’s power plants are either non-functional or only partially functional.

Without mincing words, “Many Gencos are quack companies – they were sold to the politically connected, most of whom were inexperienced and greedy oligarchs, who are ever claiming subsidy and capacity which they do not have, because they have not really invested. Power generation requires massive investment, after which the benefits and dividends could be sustained for many decades. They clearly do not care about investing; all they are interested in is the subventions and rents from FGN.”

Now this is the big scam: What many of these GenCos have been doing is what is called Peak power contribution – these are essential massive diesel generators which are designed to contribute in times of high demand, to a more stable and constant base power plant in a grid setup.

What happened to our Gencos is that most of our base power plants are not functional (this is why we keep hearing claims of generating capacity which is never realized or manifested in our total output or experience as consumers). Many of our Gencos contribute so little to the national base power pool! For that, they get to claim a status of being “partially functional.”  What these criminal Gencos have really been sustaining themselves with is the supplementary peak power contribution and thus, they have been almost entirely dependent on diesel. When diesel price went up astronomically, they went belly up!

They can no longer sustain the cost of their deceitful and false existence. It explains why the industry has forever been complaining about not making profits. They have not invested in the proper infrastructure. This has made our electricity very expensive! This is in truth what caused the so-called “National grid to crash.” Remember the statement that Nigeria economy is run on diesel? It has never been truer than it is now! And things are not going to get better soon – not until raining season. You all need to start praying for rain. These are the words from the unanimous man who knows it very well. God bless Nigeria! 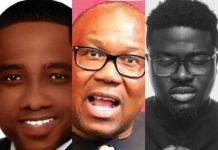