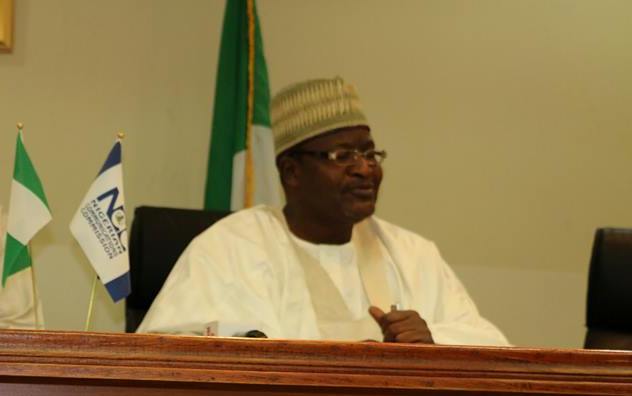 The Nigerian Communications Commission says it has put in place mechanism to monitor the billing of subscribers by network providers to avoid over charging.

The Consumer Conversation Programme is designed to educate consumers about their rights and privileges as they relate with the telecom service providers.

It is also an avenue to bring the commission’s activities closer to the consumers at the grassroots.

Danbatta represented by Helen Obi, the Head of Zonal Operations, said that the commission was making sure that service providers do not use the wrong billing method in any services rendered to the consumer.

He said: “NCC has set a price tag and price floor for the network operators which they are not supposed to go beyond.

“NCC keeps monitoring them and there is a department that is set up in the commission to take care of issues of over billing and charging.

“Before any service provider put out any billing or charges on the services it is providing for subscribers, such provider must get approval from NCC and anyone that flouts that order gets penalized.’’

Danbatta said that empowering the consumer was one of the commission’s driving forces for the year having declared it as “Year of the Telecom Consumer”.

He urged the consumers to take advantage of “STOP” to the short code “2442’’ to stop all unsolicited text messages or “HELP” to the same code to be availed with options of interest.

The NCC boss said that if the issues were not resolved by their telecom operators or the consumers were not satisfied, they should make their complaints known to the commission via its the toll free line, 622.

Earlier, Gilla John, the Principal of Government Secondary School, Lugbe, commended NCC for the initiative of coming to the grassroots to interact with the masses.

John said: “We are grateful to NCC because we have an avenue to channel our problems and rub minds.’’

Lugbe His Royal Highness, Salisu Gode, the Hakimi, said that he had listened to all the questions asked and was satisfied with the response given by NCC.
Gode said that he would take the message to his community to educate them on how to avoid being over charged by network providers.
Other participants at the forum complained of unsolicited text messages, dropped calls, network failure, among others and urged NCC to take the complaints seriously and address them.

The programme marked the 8th Consumer Conversation being organised by the commission within the North Central geopolitical zone.
The programme had previously been organised in Minna, Jos, Lokoja, Makurdi, Suleja, Mandala and Gwagwalada in FCT.

Share this on WhatsApp
Related Topics:billing of  subscribersNigerian Communications Commission (NCC)
Up Next

Senate may delay passage of 2018 budget