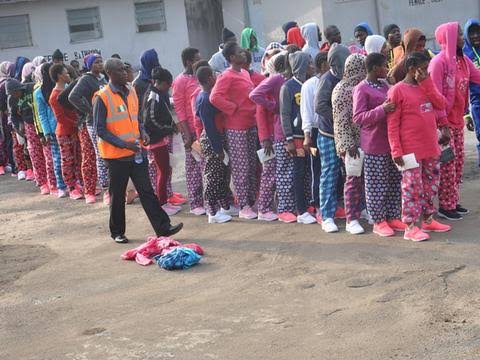 Another batch of 195 illegal migrant Nigerians trapped in the North African country of Libya returned home on Wednesday.National Daily learned that they were received on arrival by the National Emergency Management Agency (NEMA).

NEMA Coordinator in Lagos zone, Idris Muhammed, confirming the return of the illegal migrants from Libya in Ikeja on Thursday, noted that this is the largest batch of voluntary returnees since the exercise began in April 2017.

Muhammed explained that the Nigerians arrived at the Cargo Wing of the Murtala Muhammed International Airport, Ikeja, at 8.20 p.m. on Wednesday.

The NEMA Zonal Coordinator said that the migrants were the 69th batch of returnees brought back by the International Organisation for Migration (IOM) and the European Union (EU) under the Assisted Voluntary Returnees (AVR) Programme.