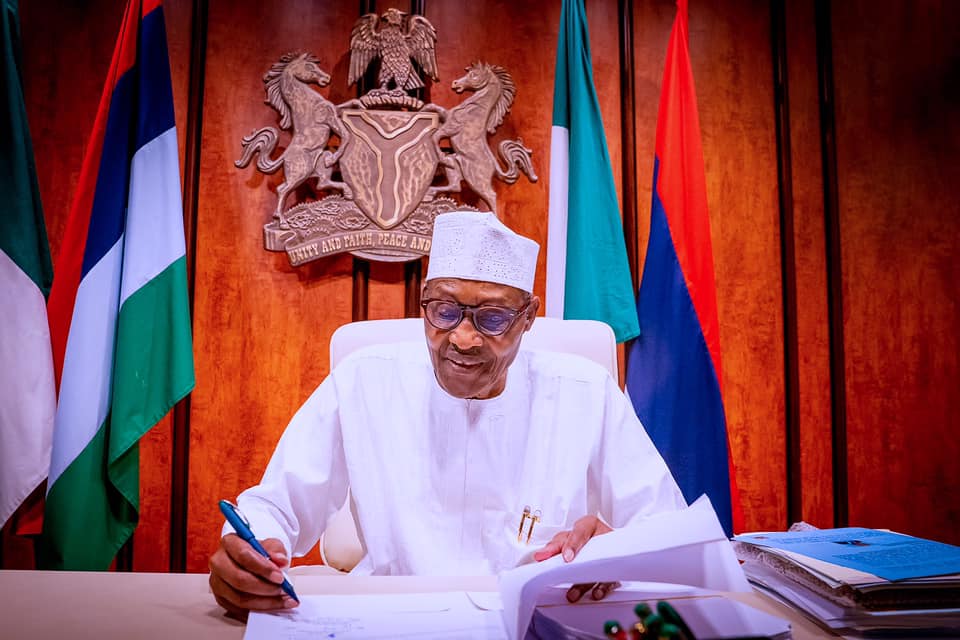 Recently, to the chagrin and perhaps, bewilderment of most Nigerians, the President Muhammadu Buhari-led Federal Government inaugurated a ‘Presidential Committee on the National Economy’—just about 38 weeks to the end of the eight-year (two terms) tenure of the Administration. Truly, not a few Nigerians were stupefied by this ‘eleventh hour’ or ‘injury time’ move of the Government at the Centre—justifiably for numerous reasons.More surprisingly, for the first time in the over seven-year-long life of the Administration, Mr. President himself assumed headship of the economic team—and presided over its inaugural meeting on Friday, September 9, 2022. About the same time, the National Economic Council (NEC), putatively headed by the Vice President, was reportedly ‘rushing out’ a National Social Protection Policy (NSPP)—to be ratified and approved ‘soon’ by the Federal Executive Council.

At the inauguration of the new Presidential Economic Team, President Buhari said: “this Committee will provide our nation an opportunity to be bold, more proactive, and innovative in tackling persistent challenges”, adding that “the work with which I have tasked the assembled team will enable us respond more swiftly and efficiently.”  This immediately puts a big question mark on the economic agenda, programmes and activities of the Administration in the over seven long years of its existence. In other words, it is this ‘baby team’ just cobbled together that will now “swiftly and efficiently” respond to the monumental, hydra-headed problems of the Nigerian economy. The empanelling of the ‘emergency committee’ also questions the relevance and impact of the widely celebrated Presidential Economic Advisory Council (PEAC) set up since September 2019, and headed by Professor ‘Doyin Salami, who incidentally was appointed Chief Economic Adviser (CEA) to Mr. President in January 2022.

In point of fact, had the PEAC made up of illustrious economists and the CEA been effective or ‘fruitful’ in their assignments, definitely there would have been no need for the President electing to assemble a ‘last minute’ team for him to lead at this point in time. The coming into being of the new Presidential Committee on the Economy is therefore a direct vote of no confidence on the PEAC and CEA. Now that the Administration is at its wits’ end on how to pull the recumbent economy back from the precipice, Mr. President who happens to have also been the Minister of Petroleum Resources in the past seven years, is picking the gauntlet, although belatedly.

It is therefore most fitting to help set some agenda for the latest Presidential committee on the economy as well as pose some critical questions. It is good however that the new committee is peopled mainly by members of the Federal Executive Council (FEC), as this is likely to help in identifying the ‘action points’ on decisions taken at the highest level of Government. This was lacking in the membership of the PEAC who are mainly distinguished economists and consultants from ‘outside’ of the Government. ‘Doyin Salami who led the PEAC was brought on-board from the Lagos Business School, Pan-Atlantic University where he was lecturing.

Now that the President, Commander-in-Chief of the Armed Forces of the Federal Republic of Nigeria who is also the Honourable Minister of Petroleum Resources is the head of the newest Economic Management Team, the most crucial and urgent task before the committee is to immediately curb the dreadful insecurity in the land. It is an existential threat to the Nigerian polity; and no meaningful socio-economic activity takes place in a largely unsafe environment. Security of life and property is a sine qua non for any economy to thrive. Fortunately, the composition and headship of the new Economic Team is such that one person namely, Mr. President, is the one at whose desk the buck (military, political, executive, etc.) stops. Incidentally, too, he is a General of the Army (though retired). It truly requires the ‘urgency of now’ to deal decisively with the widespread insecurity in the land—for economic activities to really pick up.

Mr. President who also is the Honourable Minister of Petroleum Resources should use the instrumentality of his new Economic Team to deploy all necessary resources to immediately stamp out the bizarre phenomenon known as oil theft in Nigeria.Accusing fingers have recently been pointing to very highly placed personages as kingpins and collaborators in that ignominious deal that is unwittingly bringing the national economy to its knees. At the moment, revenue from crude oil remains the mainstay of the Nigerian economy and so, oil theft amounts to stealing our Commonwealth. Relatedly, the new committee must deal with the high spate of sabotage and wanton vandalism on oil and gas facilities across the country—but particularly in the oil bearing areas.

In a similar vein, the new Economic Team should take another look at the subsisting fuel subsidy—a process or policy that is almost crashing the economy. From gulping few hundreds of billions of Naira few years ago, the opaque dealing called petroleum subsidy is now guzzling trillions of Naira. Now, more than ever before, the New Team must do whatever it takes to let Nigeria begin to know the volume of crude oil being produced in the country; the quantity being exported as well as the volume of fuel being imported/used in the country on a daily/weekly basis. The generation and publicizing of these data will save the Buhari Administration so much public odium and opprobrium. So much public fund is at present being suspected to be ‘stolen’ by many persons in the refined oil products importation and distribution value chain in the country.

Now that the President and C-i-C is leading the economic management team, can Nigeria meaningfully commence the effective diversification of its economy? Can the President muster the necessary political will to ‘off-load’ the dead refineries and/or initiate the process of bringing them back to life within the remaining 38 weeks of his tenure? The much flaunted strides in agriculture through the initiatives of the Central Bank of Nigeria has since been ‘deflated’ by persisting insecurity and related social ills. The new Presidential Economic Management Team must therefore expeditiously begin to address food insecurity in the land. Hunger, poverty and insecurity are ‘conjoined triplets’.

It also goes without saying that the New Economic Team must ensure that the public finance management of Nigeria is reworkedexpeditiously to save the country from living largely and lavishly on borrowed funds. Rather than continuing with the massive borrowing spree, the Government should be ‘winding down’ as it ineluctably approaches its twilight. This is no longer the time for excuses or to be appealing to Nigerians for their understanding or advertising phantom projects and achievements of the Administration. It’s already too late in the day!

• Okeke, an economist, sustainability expert and business strategy consultant, is National Daily Columnist. He can be reached at: [email protected]
Share this on WhatsApp
Related Topics:
Up Next