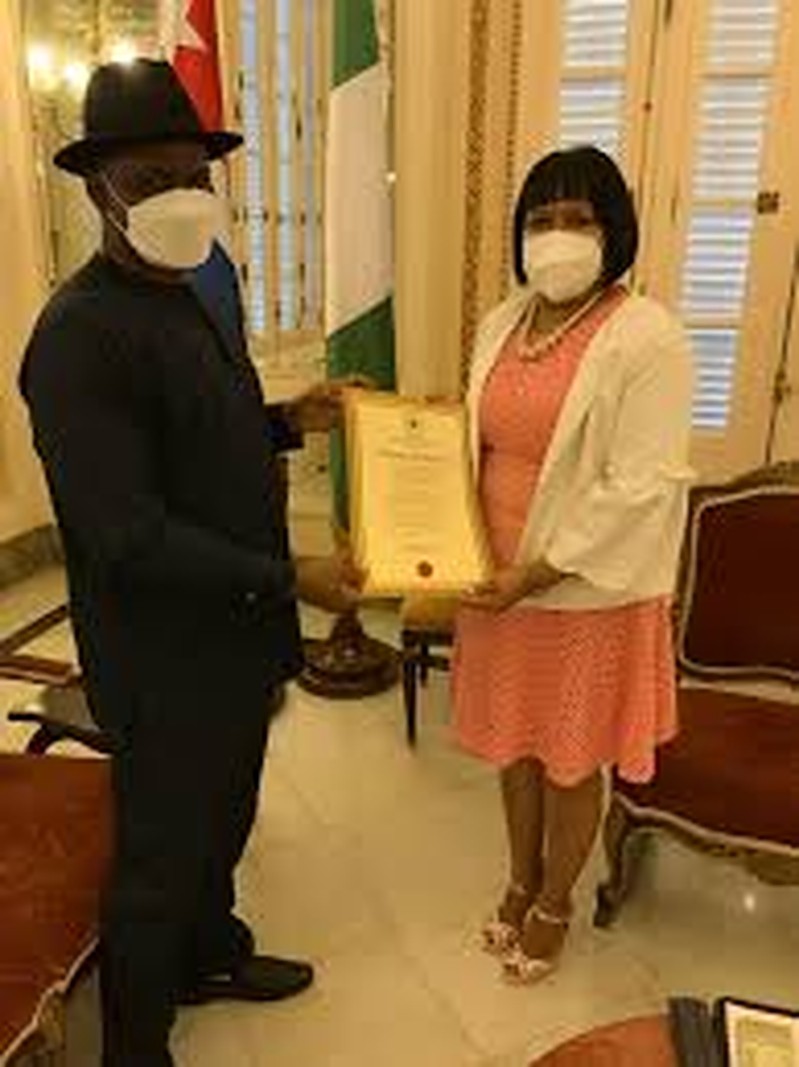 The Director-General, National Council, Chief Olusegun Runsewe, for Arts and Culture, says Nigeria will strengthen its bilateral relationship with the Republic of Cuba, using arts and culture as potential tools.

Runsewe, in a statement in Abuja on Monday, said this when the Ambassador of the Republic of Cuba, Clara Escandell, paid him a courtesy visit in Abuja.

According to him, Nigeria and the Republic of Cuba have very rich cultural heritage.

The similarities that also exist both in music and dance need to be explored to create room for easy affiliation.

The director-general said that the NCAC had provided a platform for the diplomatic community to gather and rob minds on cultural issues to engender cultural diplomacy.

He said that the International Arts and Crafts (INAC) Expo also brought other international community under one umbrella to network their arts and crafts to the rest of the world.

He said that during this year’s INAC Expo, the Republic of Cuba will feature prominently and will be given an opportunity to speak to the International Media on ways to collaborate with the youths for possible cultural exchange programmes.

Runsewe, who was full of praises for Ambassador Escandell for dressing in Nigerian attire on the visit promised to visit the Republic of Cuba soon.

Earlier, Escandell said she was in the Council to see the man who had projected the image of Nigeria culturally both home and abroad and tirelessly working to use Nigerian arts and culture to show the need for peaceful coexistence among countries of the world.

She added that she was also driven by the burning desire to acquaint herself with the council’s programmes as the seat of culture in the country.

She, however, reiterated the need for stronger collaboration between the NCAC and the Republic of Cuba to harness the rich cultural heritage of both countries for export.

The Cuban Ambassador called on the diplomatic community to always make good use of culture as a veritable tool to build strong bilateral relationships in theory missions.