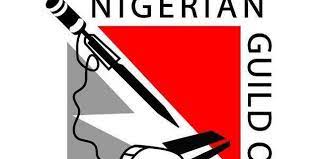 The Nigerian Guild of Editors on Friday hosted the Chairman of the Independent National Electoral Commission (INEC), Professor Mahmoud Yakubu, and INEC’s team at the maiden edition of Editors’ Forum.

The NGE President, Mustapha Isah, at the Editors’ ‘Workshops and Town Hall meetings with the theme, “Media and the Task of Consolidating Nigeria’s Democracy”, in Ikeja, Lagos, disclosed that the meeting was scheduled to be held in the six geo-political zones of the country since last year. He stated that it is the imperative of editors to thoroughly interrogate the democratic landscape. This, he said, includes the political actors, candidates vying for elective positions, the electoral umpire, that is the Independent Electoral Commission; the security agencies, and all other groups involved in the conduct and monitoring of elections.

This forum was designed to provide the actors an opportunity to address editors about their preparations for the 2023 general elections. He added that Editors will also use this forum to seek clarifications on different issues and ask critical questions on matters relating to the elections. “This is in line with our resolve to bring the right information to the electorate ahead of the elections,” Isah said.

He declared: “Naturally, Nigerian journalists should be genuinely interested in the nurturing and deepening of the democratic space because they played a key role in the fight for the restoration of democracy in this country. “When some of the politicians who are dominating the political space today were busy organizing one million man marches for Abacha  to continue in office forever,   we were in the forefront calling on the military to return to the barracks.

“Some journalists paid the supreme price and others were  jailed  for embarking on this noble, but dangerous venture.

“Some had to go into exile while some media houses were shut for months.

“Those who didn’t fight for democracy may not be in a position to defend it. Little wonder that the current politicians can’t even uphold internal party democracy. “They find it very difficult to obey their parties’ constitutions which they drew up themselves.

“So, you could see that it is in our enlightened self interest to work with INEC to deliver free, fair and  credible elections and in the process deepen people’s interest in democracy.

“It is the duty of the media to monitor the electoral process and ensure compliance with the provisions of the constitution, the Electoral Act and the INEC guidelines for the conduct of the elections.

“Mr. Chairman, our readiness to partner with your commission to conduct credible elections would not stop the media from monitoring your conduct and your level of compliance with the laws of the land relating to the conduct of elections.”

Isah also called on the National Assembly to expedite action on the passage of the Bill setting up the Electoral Offences Tribunal.

“Those who commit electoral malfeasance must be brought to justice.

“We are ready to work other credible organisations, to put pressure on the federal lawmakers to pass this all- important bill before the 2023 elections,” he said.

The NGF president decried that yote buying has become a threat to democracy in the country. He said that the Guild sees it as one of the manifestations of the weaponization of poverty in the land.   He noted that poverty could make some Nigerians to offer their votes for sale for a paltry sum, not minding the devastating consequences on good governance.

Isah, however, said that Nigerians are now more confident in the electoral process. He observed that the registration of  10. 48 million new voters ahead of the 2023 polls is another testimony to this.

“Mr. Chairman, the confidence of Nigerians in your commission was greatly boosted with the recent conduct of the Ekiti and Osun governorship elections.

“Please, Nigerians want a repeat or  an  improvement in the 2023 polls. Please, don’t disappoint them.

“I’m happy that the commission has maintained its position that electronic transmission of results has come to stay. The Guild is with you on this. We are prepared to fight any attempt to take Nigeria back to the dark days of writing election results in hotels and beer parlours. The people’s will must prevail at all times.

“However, we should watch out . Desperate Nigerian politicians can go to any length to manipulate the elections. They might try hacking your systems to influence the results.  The Guild calls on the commission to take serious steps to safeguard your systems and prevent hackers from doing any damage. The Guild advises the politicians to go to the electorate and sell their policies and programmes to win their votes rather waiting to manipulate the system,” Isah said.