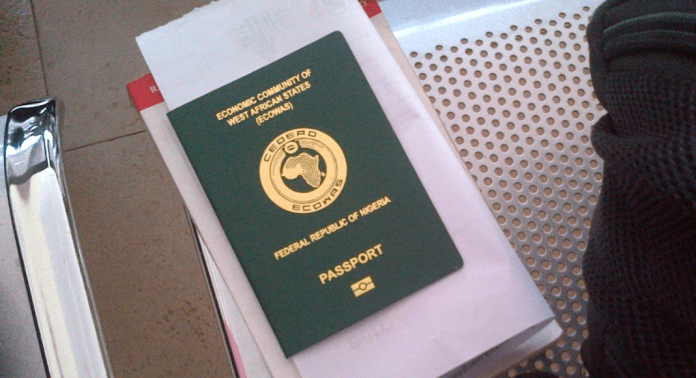 Nigerians in New York, under the aegis of the Organisation for the Advancement of Nigerians (OAN Inc.), have expressed dissatisfaction over the shortage of passport booklets at Nigeria Consulates in the U.S.

They are calling on the Nigeria government to release adequate passport booklets for its missions in the U.S. and across the globe, noting that passport insurance is a basic service that every citizen should enjoy without stress.

Officials of the association who spoke at a virtual Town Hall meeting in New York, frowned at the shortage and urged the Nigeria government to ship enough booklets to missions abroad to enable them to clear backlogs.

According to the officials of OAN, the Nigeria Consulate in New York has a backlog of about 7,000 passports.

Mr Yinka Dansalami, Chairman, Board of OAN, said the members of the community had been calling and asking about the delay in getting their passports as some had applied close to five months without doing biometrics.

“We are very concerned about the development and the effect on the members, especially during this summer due to heavy holiday travels and during December,” he said.

Mr Francis James, a leader at the organisation said the shortage of the booklet had hindered the progress recorded in its advocacy work to ensure improved services at the Consulate.

He said the OAN had been engaging the Consul-General (CG), Amb. Lot Egopija, and he has been doing his best to improve on consular services until the challenge of shortage of passport booklets set it.

The official said prior to June 28, passport insurance had stopped for four weeks at the Consulate in New York.

“We know those who had their biometrics done as of Feb. 4 had not collected their passports because of shortage of booklets, the Consulate stopped on Feb. 3.

“We know the Consulate in New York has a backlog of about 7,000 passports that needed to be issued. We don’t have the numbers for our missions in Atlanta and Washington D.C.

“We suspect that the number could also be very high.

“We know that as of Wednesday, we received word that 2,000 passport booklets had been delivered so it means they will start processing passports from Feb. 4,” he said.

James said prior to the Feb. 3, the Consulate was already four months behind, meaning that those who did biometric as of June 28 would not get their passports ready until sometime in October.

“If your biometrics is done in August, your passport will not be ready until February 2023. Where in the world will take eight months for a citizen of a nation to get his passport?” he asked.

According to him, most of the issues are not within the control of Embassies and Consulates in diaspora but the way government has set up its Immigration Service under the supervision of Ministry of Interior.

In addition, he said the Centralised Portal recently inaugurated by the Nigerian Immigration Service, which made the Consulate in New York to discontinue its appointment portal was not friendly, noting that the earliest day one can get on the portal now is Oct. 28, that is, four months in advance.

The News Agency of Nigeria reports that the Minister of Interior, Rauf Aregbesola, had on June 16 denied shortage of passport booklets in Nigeria, saying the country was contending with ‘human challenges.’

“We don’t understand what the minister meant by human challenges but whatever it is, it should be addressed because if not, Nigerians will be so frustrated, and they will not be able to travel home in December,” James said.

OAN Inc. was founded in 1989 by a group of concerned Nigerians to address the needs of the Nigerian community.