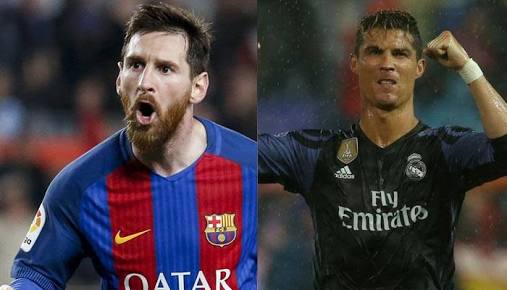 The final action of the first-half saw Lionel Messi fire a free-kick right into the face of Cristiano Ronaldo, although the Real Madrid man didn’t take it personally.

As the ball hit the wall, it was actually Ronaldo’s head that prevented the effort from troubling Keylor Navas.

And immediately after, Messi shook the hand of his great rival as the battle claimed another bruise.