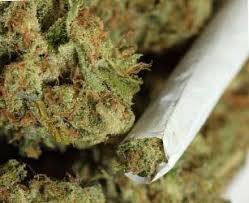 The Nigerian army and police force are getting juiced up with cannabis and other psychoactive drugs, and the Office of the National Security Adviser is worried.

“This development does not only portray these services in bad light, it also has adverse effect on the health and operational effectiveness of the personnel,” said NSA Babagana Monguno (Maj.-Gen. retd) in a external memo.

The two-paragraph document, referenced NSA/332/S, which the National Daily saw, was sent to the Chief of Army Staff  Lt-Gen. Tukur Buratai and Chief of Defence Staff Gen. Abayomi Olonisakin on June 10.

“Consequently, you are directed to deploy intelligence and provost operations to rid the barracks of dealers of cannabis and psychoactive substances.”

Psychoactive substances, according to WHO, are substances taken or administered into one’s system to alter mental processes.

The term is a milder way of referring to licit and illicit drugs whose use and abuse create concerns for policymakers.

As Monguno said, no doubt about the damage this epidemic can do to the effectiveness of the Nigerian military forces amidst series of counterinsurgency ops going on in the northeast and across the nation.