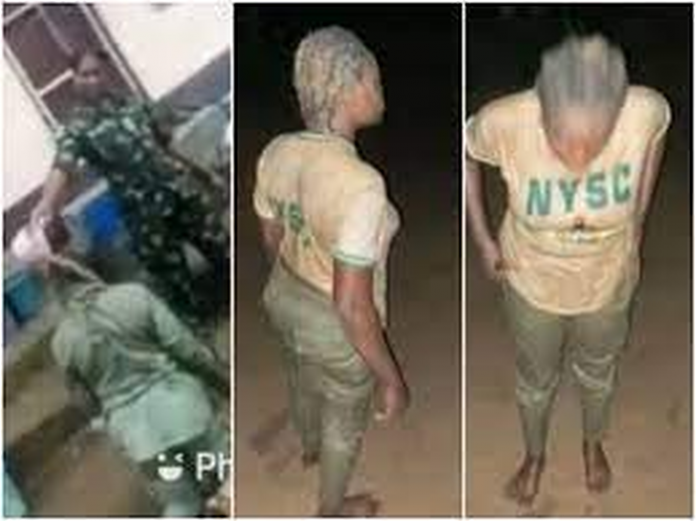 Ezeiruaku Ifeyinwa Fidelia, the female corps member female soldier drenched in dirty water weeks ago, is still rusticating at home following the NYSC advise to her to run for her life.  Her abuser has since moved on to higher level in the army.

Fidelia is feeling disappointed now, considering several organizations and individuals, including the Minister of Women Affairs, Pauline Tallen, who had earlier promised to help her seek justice.

All of them are no longer interested, according to her in a letter she captioned “Nothing has happened since reporting my maltreatment to the military authorities”.

“After the incident, Lieutenant Chika Viola went for a three-week course in Jaji, Kaduna state, adding that “I know that once we end our service year, and I am not here again, the case will die.”

Even the NYSC authorities that expressed worries at the maltreatment as its video trended online, are also flagging.

She said the NYSC recently queried her if she informed them before she lawyered up.

“They gave me a book and biro and asked me to write that I have withdrawn the case and that I should write formally through them. I left them and went away. I didn’t write anything and didn’t withdraw the case,” she stated in the letter.

“I am suing Lieutenant Chika Viola and the army authorities. I am suing both of them.”