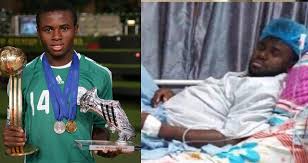 Nigeria and Trabzonspor Midfielder, Ogenyi Onazi has supported his former teammate, Sani Emmanuel who is battling with a long-term injury with the sum of N1.5 million,  Emmanuel, who won the best player  at the 2009 FIFA Under 17 World Cup hosted by Nigeria has been forced to retire early from football as a result of injury.

The 26-year-old took to social media for help, was assisted by Onazi who was also part of the Golden Eaglets side that finished second behind Switzerland at the 2009 World Cup paid the money to the doctor.

Emmanuel who played for Israeli club, Beitar Jerusalem posted on Instagram saying he got a call from his doctor that Onazi has paid 1.4million naira for his surgery and also transferred fifty thousand naira for his ticket to Lagos. He also said that the surgery is scheduled for the 2nd of December 2019.

Emmanuel told National Daily that he is very grateful for his team mate to honour and donated again for his surgery.

The former National team player said that God will continue to bless and keep Onazi and other who has helped in one way or the other . 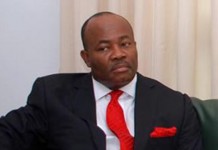 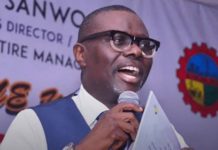