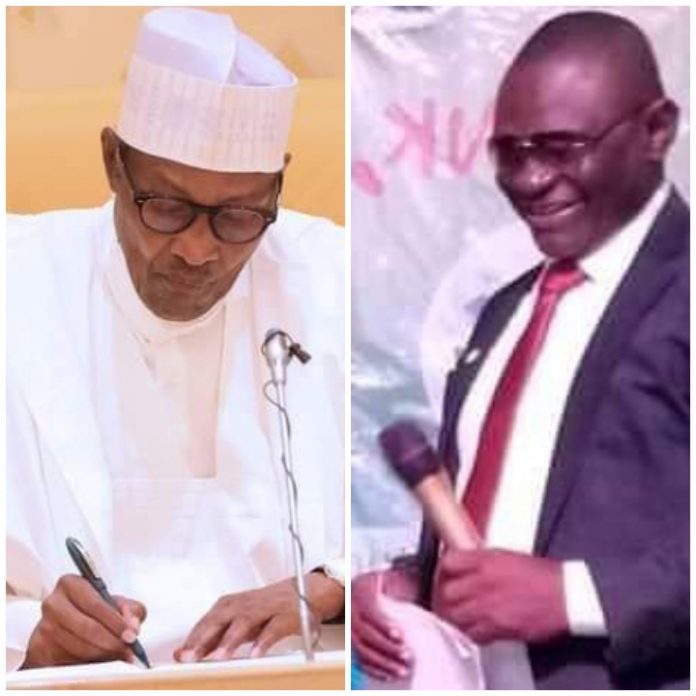 The President of Ogoni Liberation Initiative (OLI), Dr. Douglas Fabeke has said the tireless work of advocacy and commitment by the Group for a better and greater Ogoni people has gained the attention of the Presidency.

Fabeke said for a long time, Ogoni communities have had serious grievances which have not been well addressed, even though the bulk of crude oil, the country’s main source of revenue, is derived from their lands, they still belong to the ranks of the most backward, and politically marginalized groups in the country.

Speaking after meeting with President Buhari on Friday at the Presidential Villa in Abuja, the OLI President said hope has finally returned to the people of Ogoni as  Buhari considered granting state pardon to late Ogoni activist, Ken Saro-Wiwa and others executed in the height of the Ogoni crisis in the 1990s.

Recall that the activists who became known as Ogoni 9, were from the Ogoni region who opposed the operating practices of the Royal Dutch Shell oil corporation.

Also, Buhari has said the federal government is committed to the cleaning up of Ogoniland so that indigenes could regain their lives, return to farms and reactivate economic activities.

“You will need to educate the people of Ogoniland and the region more that when pipelines are broken, the damage is more to the immediate environment and the people”, Buhari said.

However Fabeke said the OLI will not relent in his efforts for a greater Ogoni until the community is totally turned around for a visible property.

He lauded President Buhari for granting audience to the delegation and assured the President of OLI continuous support throughout his administration.