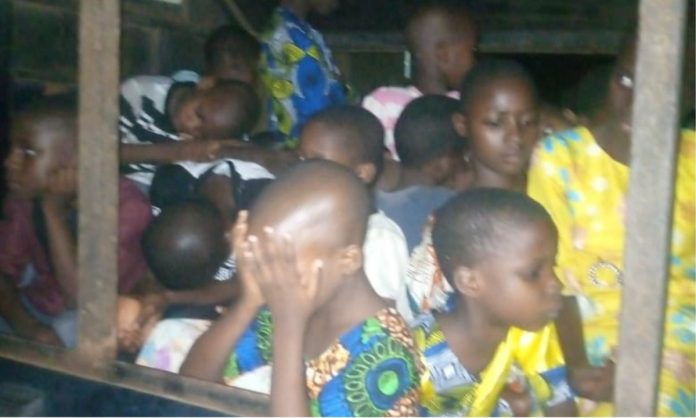 No fewer than 50 kids have been found in the bunker of a church in the Valentino Area of Ondo town, headquarters of Ondo West Local Government Area of Ondo State, according to a trending video.

The kids were allegedly kidnapped and held there before they were rescued on Friday.

Sources said the pastor and other leaders of the church have been detained by the police, and the kids have been driven to the police station by security operatives in a patrol car.

“There are kidnapped children recovered in the underground cell of a church in Valentino Area of Ondo,” in a video that lasts one minute and 40 seconds.

Ondo police spokesman SP Funmilayo Odunlami, confirmed that the victims had been brought to the police headquarters in Akure.

“They are transporting the casualties to the headquarters, but I’m still unsure of the specifics,” she said.