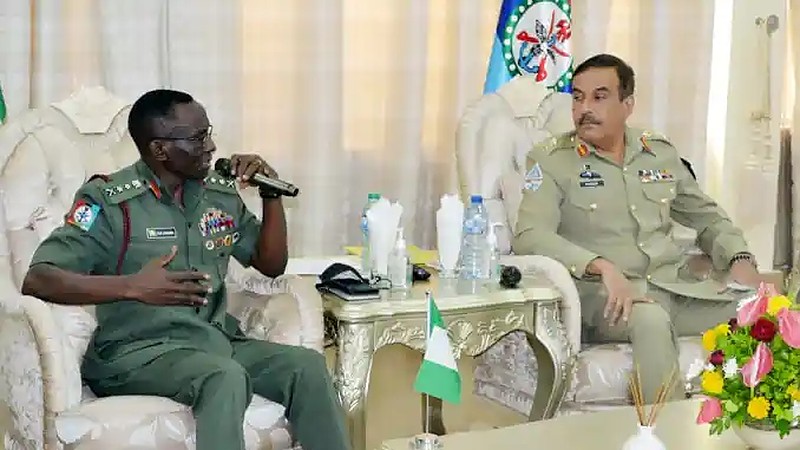 Maj-Gen. Majid Jahangir, the Leader of the Pakistan Delegation at the 4th Round, Nigeria-Pakistan Joint Military Staff Talks made the call at the opening of the talk on Monday in Abuja.

He said the cooperation between the two countries had existed for decades and had spread across multiple domains, especially in the areas of capacity building, collaboration and reciprocal visits.

“Pakistan Armed Forces recognise, appreciate and respect the professionalism of the Nigeria Armed Forces and are keen to further expand the existing bond.

“It is indeed a matter of great satisfaction that our military cooperation is consistently expanding with every passing year.

“The forum of Joint Military Pak-Nigeria Staff Talk is playing a very important role in furthering the same,” he said.

Jahangir said the 4th Round of Joint Military Pakistan-Nigeria Staff Talk would be another stepping stone towards strengthening and expanding the existing cooperation between the two countries.

In his remark, Maj.-Gen. Usman Yusuf, the Director of Policy, Defence Headquarters commended the delegation for Pakistan’s assistance and cooperation with the Nigerian Armed Forces.

Yusuf, also, the Lead for the Nigerian Team on the Staff Talk expressed delight over the long standing relationship, adding that the focus was to build on what the two Armed Forces had done over the years.

“For the next three days, we will be discussing issues that concern development and advancement of the Armed Force of the two countries, both on regional and global issues,” he said.

Share this on WhatsApp
Related Topics:collaborationexpandNigerian Armed ForcesPakistan
Up Next

Banks announce changes in interest on loans to customers