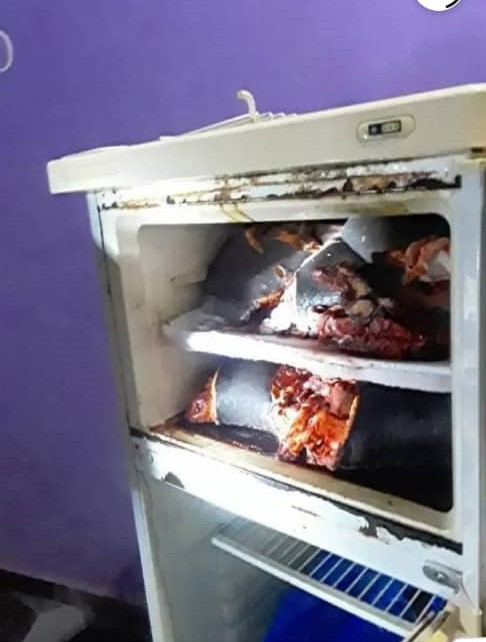 Louis went to a football pitch, and was having a good playtime when a footballer and commentator called him.

That was all. Nothing was heard or seen of Louis again, until much later.

The 13-yer-old, however, wasn’t the only victim this popular footballer has butchered, and stored up in his fridge.

No fewer than three skulls were found in the fridge, with slabs of human flesh stocked in too when the police came.

According to reports, Richard Gyamfi had been contacted by Louis dad Tom Agyel—because other kids insisted Richard called the boy while they were playing, and later he was missing.

Richard, a Ghanaian footballer, denied it.

And when it became a shouting match, and neighbours of the Sunyani Municipality asked to check his apartment, Richard baulked.

He said he lost his keys, raising more suspicion.

Narrating all this on a Ghana’s FM radio station days ago, Louis father said he mobilized boys in the neighbourhood, and knocked down Richard’s door.

Inside was the headless body of the 13 year old.

When the police came and conducted more search, what they found in Richard’s fridge was chilling: two more heads, and pieces of human flesh.

He has since been arrested and detained by the Bono Regional Police Command.

Ritual killing by ambitious footballer and internet fraudsters is common in Africa. Nigeria could have been thought to be hotbed of such criminality now spreading in Ghana.