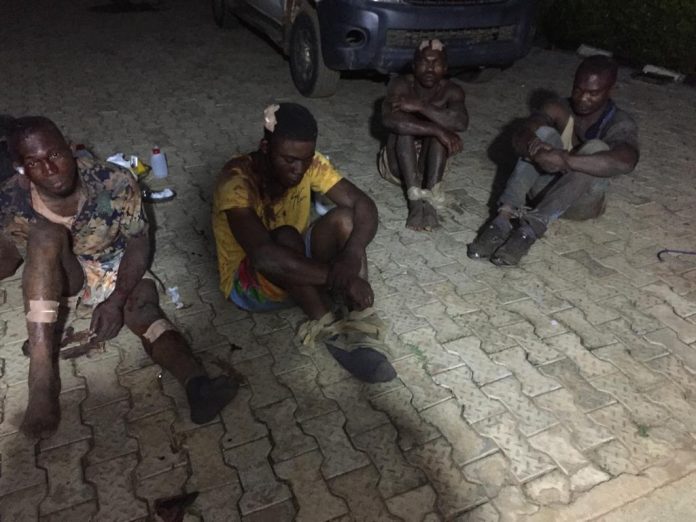 Luck ran out of a gang of kidnappers as they were rounded up by security operatives in their den. The operation brought respite and freedom to the victims of the kidnappers who were held in hostage pending the payment of ransom by their families.

Troops of the 32 Artillery Brigade, Akure, Ondo State, in the early hours of Tuesday  carried out a raid operation on the kidnappers’ hideout at Jugbere village in Owo Local Government Area of Ondo State, after receiving reliable information of kidnap incident involving nine persons at an Integrated Agric Farm in  Owo.

The Assistant Director of Army Public Relations 32 Artillery Brigade, Captain Victor Olukoya, in a statement on Tuesday disclosed that the search and rescue operations culminated in the arrest of five kidnappers and rescue of five hostages.

Olukoya narrated: “Four other abductees escaped from the kidnappers’ den on arrival of troops.

“The rescued hostages and the arrested suspects, who had minor injuries, have been taken to the Brigade Medical Centre for medical examination/treatment. 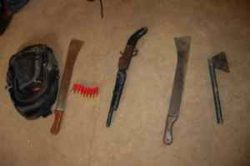 “During the operation, items including Dane gun, Live cartridges, Axe, Cutlasses, Ring charms, and mobile phones were recovered from the criminals

“The suspects will be handed over to the appropriate civil security agency at the conclusion of preliminary investigation.”

The troops reassured residents of Ekiti and Ondo states of the commitment and capability of the Brigade to ensure security of lives and property of law abiding citizens. Thus, the Commander, Brigadier General ZL Abubakar, issued directive for intense patrol in the states to assist in ensuring peace and security.