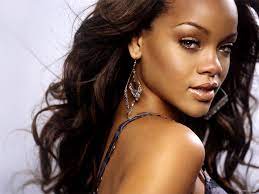 Forbes has announced popular musician, an American singer, Rihanna, as the world wealthiest female musician in its latest ranking report.

Forbes made this known through its official Instagram page when it revealed that the musician has an estimated net worth of $1.7b (N698.7b).

Forbes further posited that Rihanna joined the billionaire league as a result of the success of her cosmetic company, Fenty.

Part of the lengthy post reads: “When Robyn Fenty known to the world as Rhianna, launched Fenty Beauty in 2017, she sought to create a cosmetics company that made “women everywhere (feel) included.

“A perhaps unintended consequence: The beauty line has helped her enter one of the world’s most exclusive ranks: Billionaire.

“Rihanna is now worth $1.7billion, Forbes estimates – making her the wealthiest female musician in the world and second only to Oprah Winfrey as the richest female entertainer. “

Over 100 people killed in renewed crackdown on Biafran agitators