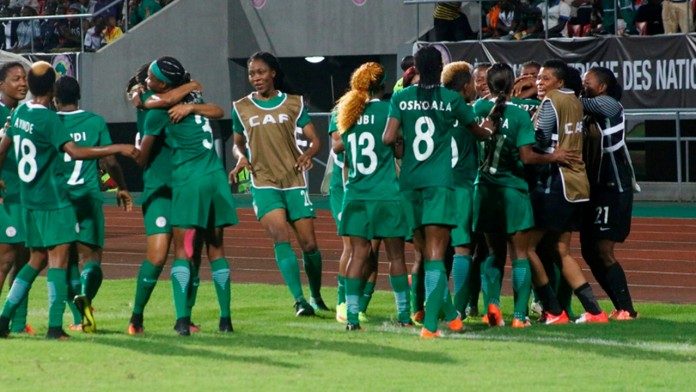 The much-publicised FIFA Women’s World Cup preparatory match between the Super Falcons of Nigeria and Slovakia female national team scheduled for Sunday, June 2nd, 2019, has been called off, the nine-time Africa Champions will now play ZNK Pomurje Beltinci, one of the top clubs in the Slovakia, National Daily gathered.
Team Administrator Mary Oboduku disclosed that the Super Falcons will be up against ZNK Pomurje Beltinci, which boasts eight players in the Slovakian national squad.
The Nigeria delegation will depart its Avita Resort camp in Bad Tatzmannsdorf, Austria immediately after lunch on Sunday, and is scheduled to arrive in Beltinci by 2.30pm, for the game starting at 4pm Slovakia time.
Sunday’s encounter is the last friendly game for the nine –time African champions before they head off to France on Tuesday, where they will participate in the 8th FIFA Women’s World Cup finals starting on Friday next week.
On Tuesday, the Falcons also travelled to Hungary, where they lashed top division club, Halandas Viktoria 5-1 at the Kiraly Sports Centre in Szombathely, with goals from Asisat Oshoala (brace), Chinwendu Ihezuo, Francisca Ordega and Ogonna Chukwudi.
PV: 0