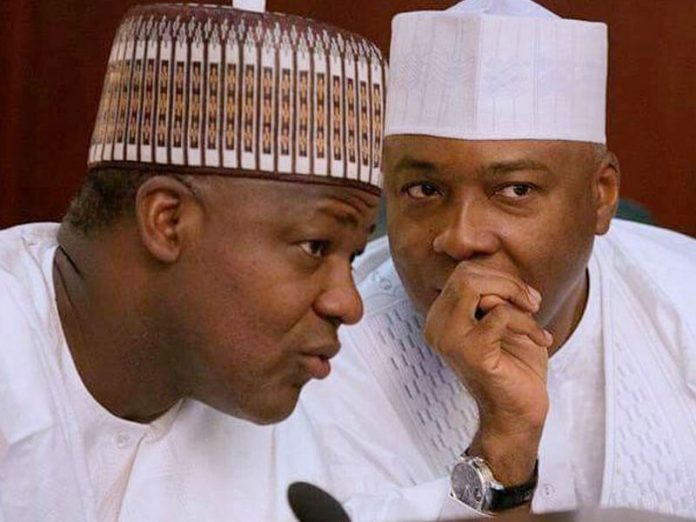 The rising disquiets in Abuja have been generating intrigues in the politics of the federal capital. While Acting President Yemi Osinbajo held an emergency closed-door meeting with the Senate Majority Leader, Ahmed Lawal, the President of the Senate, Dr. Abubakar Bukola Saraki and the Speaker of the House of Representatives, Right Honourable Yakubu Doraga, scheduled an urgent meeting with Principals Officers of both Chambers of the National Assembly on Tuesday.

National Daily gathered that the meeting is to consider appeals by the Presidency to shorten the long vacation of the federal lawmakers which is to end on September 25. The Presidency had complained that the impromptu long vacation may shut down governance in the country. Apparently, the Presiding and Principal Officers of the upper and Lower Chambers of the National Assembly may be considering re-opening of the legislature and recalling lawmakers from their holidays to enable them consider the INEC budget estimate for the 2019 general elections.

Presiding Officers expected at the meeting on Tuesday are the President of the Senate, Dr. Saraki, Deputy President of the Senate, Ike Ekweremadu, Right Honourable Yakubu Dogara, House Speaker, Deputy Speaker of the House of Representatives, Hon. Lasun Yusuf, and other Principal Officers who include Ahmed Lawal, Senate Majority Leader, Godswill Akpabio, Senate Minority Leader presently engulfed with consultations for his defection to the APC on Wednesday, Femi Gbajabiamila, House Majority Leader, and others.

It was gathered that the National Assembly leaders would later be meeting with the INEC Chairman, Prof Mahmud Yakubu, and his team.