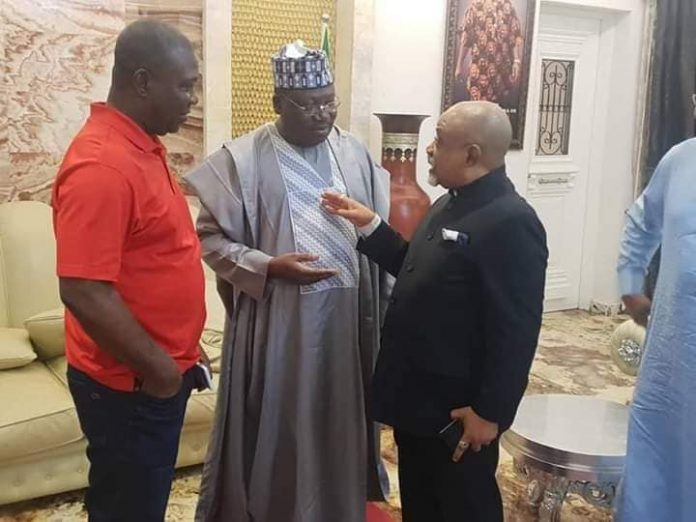 National Dailygathered that Senate President Lawam was at the residence of Ekweremadu in Abuja to show solidarity to the lawmaker on his plight while he was in Germany and reassure him of the confidence the Upper Chamber of the National Assembly still have in him. The Senate President led a delegation of senators who include Senator Thoedore Orji, former Abia State Governor, among others.  The former Minister of Labour, Dr. Chris Ngige, was also part of the visiting team.

Ekweremadu was attacked by Igbo residents in Germany while attending an Igbo cultural event where he was to deliver a speech. The attackers were identified as members of the Indigenous People of Biafra (IPOB).