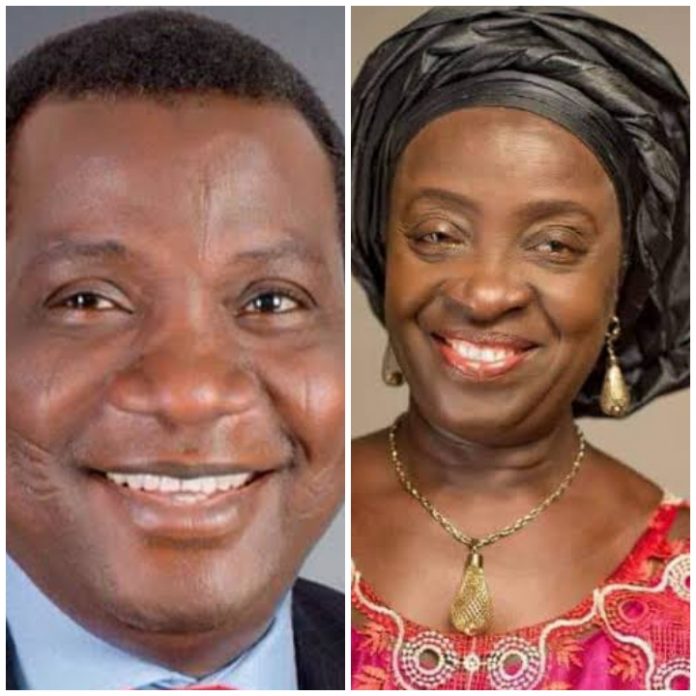 The Senator representing Plateau South (APC), Prof. Nora Dadu’ut, has said she had no intention running for the second time in the Senate, saying that there are other people in the zone who have a lot to offer the State Southern Constituent.

Dadu’ut, who said a term is enough for her, informed Journalists that Gov. Lalong will replace her to continue the legislative business at the Red Chambers in 2023.

She said her support for the Governor is expected as Lalong has always supported her throughout her political sojourn.

Speaking with journalists on Friday in Jos, Dadu’ut used the opportunity to clear the air on the purported rift between her and the Governor.

She explained that political detractors have always wanted her to fall out with her political godfather who has given her the opportunity to explore the National Assembly.

She said it will be unwise for her to snub her political mentor just to fulfill the selfish wishes of political enemies who do not like the face of Governor Lalong.

According to her: “Let me use this opportunity to clear the air on some ongoing rumors and unverified reports carried by some online and electronic media alleging that I am seeking re-election and have been denied the opportunity by some major political actors in the State, and that I was attacked and  threatened to back down from the race of the Senatorial seat.

“I Senator Nora Dadu’ut want to emphatically stress that I have never contemplated seeking re-election at any point in time, nor endeavored to procure  a nomination/Interest form for the Plateau South Senatorial District race.

“Secondly, I have never informed anyone that my life was threatened because of the Senatorial seat I currently occupy.

“I want to use this medium to say that no rift whatsoever exists between me and the Governor.

“Governor Lalong has been very supportive and I do appreciate all his support thus far.

“Any rumour that I have been threatened by Lalong is baseless, false and a mere blackmail which should be disregarded”, she said.