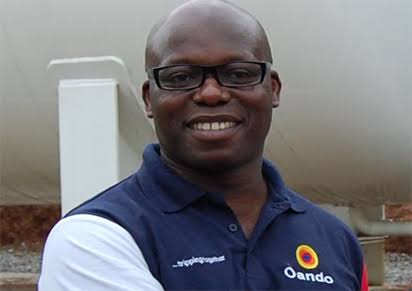 Shareholders under the aegis of the Oando Shareholders Solidarity Group (OSSG) have faulted recent claims by the management of the company led by Wale Tinubu that it dragged the Securities and Exchange Commission (SEC) to court to protect shareholders’ interest.

The Group describe the claim by Oando as “deceitful and a calculated attempt to stall SEC’s forensic audit” of the embattled company.

South-South Coordinator of OSSG, Clement Ebitimi said the present management of Oando has done more harm than good to the company and shareholders’ interest and “do not deserve to continue in office a day longer”.

According to Ebitimi, “In their usual manner of deceiving shareholders, stakeholders and the general public, the management of Oando Nigeria Plc recently released a statement after the multiple inglorious losses at the Federal High Court in a bid to stop the imminent forensic audit. To start with, it is utterly embarrassing to have the management of a company accused of gross corporate governance misconduct and mismanagement carry on business as usual. That itself is an unacceptable display of impudence.”

The OSSG Coordinator also said that Oando SEC must proceed with, and concluded the forensic audit started under its past Director-General to restore confidence in the capital market. He said Oando has deliberately distorted the preliminary report of the committee that unravelled the malfeasance in the company.

He said, “Contrary to what the management of the company wants the public to believe, and there is nowhere in the report that suggests or explicitly states that Oando Nigeria Plc satisfactorily responded to all issues raised in the investigation of its affairs. Rather, the report clearly corroborates the earlier statement from the SEC suspending trading of the company’s shares on the stock exchange for breach of the SEC Code of Corporate Governance; violation of different sections of the SEC Code of Corporate Governance; breach of ISA 2007; misstatements in the 2013 and 2014 audited financial statement of Oando Plc; breach of ISA on misleading information contained in Oando Plc’s Rights Issue Circular; breach of SEC Rules and Regulations on payment of dividends; independent auditor’s report expressing doubt over Oando’s existence as a going concern; suspected insider dealings; related party transactions; declaration of dividends from unrealised profits; and discrepancies in the company’s shareholding structure.

Nigeria’s Inflation rate down 10 times in a row, says NBS