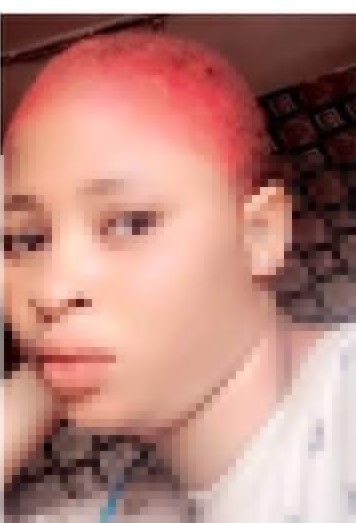 Olaitan Adonis loved too much, and that led her to her early grave on Saturday, a day before her man Ola Saheed wedded another lady—and that three days after Adonis slept over in the house he probably rented for Saheed.

The news, now trending on social media,  of her suicide has reached the gold digger, and he responded to type.

Before her death, Olaitan had two males in her orbit: her seven-year-old son and her sun Saheed.

Her friends confirmed she devoted her savings from her job as a salesgirl to making Saheed comfortable, handing him pocket money, and laying by her savings in his personal account.

They appeared inseparable, too. As of Thursday, they were together. “She still transfer N10,000 to him on Friday,” her boss reportedly said.

And on Sunday, Saheed got formally hitched to his girlfriend.

Adonis took the sad news too far, as friends now say in in regret.

She ate poison, leaving her son behind, and Saheed to his conscience.

But when Adonis’ boss called Saheed to break the news, he reportedly said, “It’s none of my business.”

Presidency 2023: Tinubu fires back at Obi

It’s good other countries still believe in our potentialities – Buhari