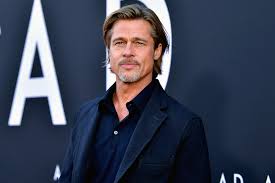 Hollywood actors Brad Pitt and Jennifer Aniston got married in 2000 and soon parted ways because of her closeness with Angelina Jolie.

Brad Pitt unfortunately cheated on bed and got into a relationship with Angelina while he was married to Jennifer.

Going by the recent reports, National Daily learnt that Brad is trying to make things better between him and Jennifer. He is apparently buying the same house that he used to live with Jennifer. Assumably, he is trying to rekindle the romance between the two.

National Daily gathered from the speculation making the rounds that the two actors are planning to give their relationship a second chance and Brad is leaving no stone unturned wooing her lady love. A source close to the actor told New Idea, “As soon as the house went on the market back in May, Brad knew that buying it back would prove to Jen just how serious he is about building a future with her.

They put their heart and soul into renovating the place and turning it into their dream home while they were married and Brad knows just how devastated Jen was to have to give up the house she always referred to as ‘their happy place’, which they made together.”

They added, “He immediately got in touch with the realtor and went to view it with a pal – even chatting to the owner, Jonathan Brooks, who admitted how he’d secretly hoped Brad would buy it back off him knowing how special the home was to him and Jen.”