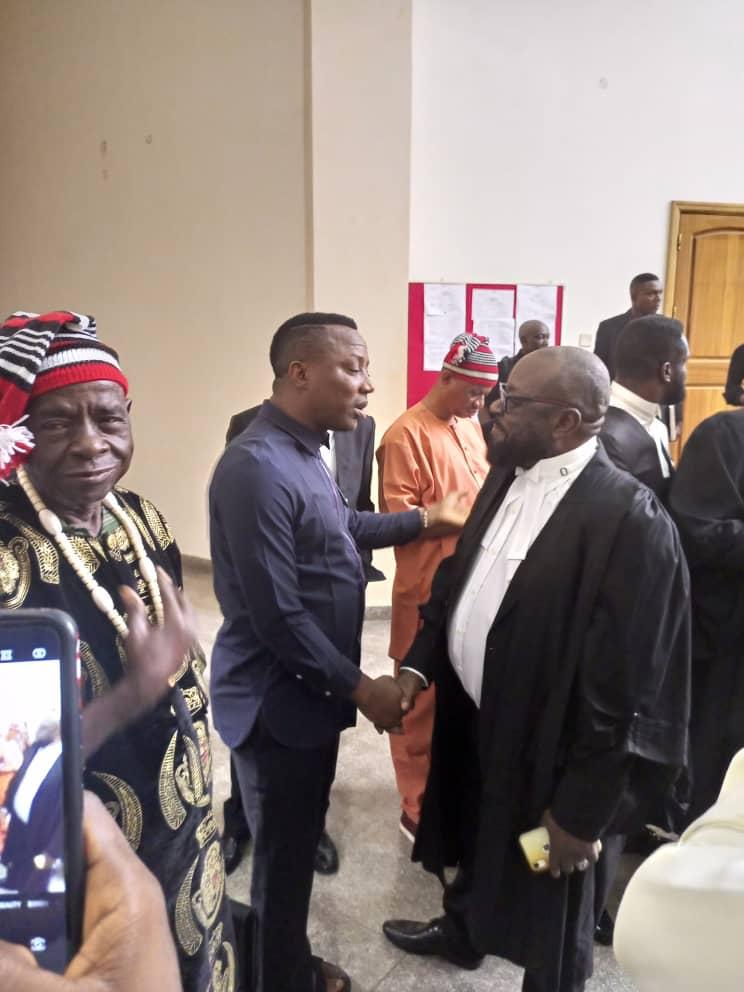 The president candidate of the African Action Congress (ACC) in the 2023 general elections, Omoyele Sowore, a renowned activist, on Tuesday was at the Court of Appeal in Abuja with his #FreeNnamdiKanuNow movement, agitating the unjust incarceration of the IPOB leader, Nnamdi Kanu, demanding that “all bogus charges against him be dropped.”

Sowore had brief session with counsels to the leader of the Indigenous People of Biafra (IPOB), who include Mike Ozekhome (SAN), Aloy Ejimakor and Barrister Ifeanyi Ejiofor, beside others.

He shared his acquaintances with Nnamdi Kanu, saying that all “Kanu wants is justice.”

Sowore in a statement on Tuesday, wrote: “Today, I attended the continued trial of IPOB leader, Nnamdi Kanu, at the Court of Appeal in Abuja.

“I met his lawyers, Mike Ozekhome (SAN), Aloy Ejimakor and Barr Ifeanyi Ejiofor and many others as they concluded arguments asking the appellate judges to quash the remaining charges against Mazi Nnamdi Kanu.
“The unjust incarceration, torture, extra ordinary rendition involved in his trial is clearly a reason Nigeria under the Buhari regime may never achieve peace, progress and prosperity.

“I’ve met Mazi Kanu in person and I understand him well enough to state that what he wants is justice.”
He, therefore, declared in his advocacy: “#FreeNnamdiKanuNow with lawyers for unjustly incarcerated IPOB leader to have all bogus charges against him dropped. #WeCantContinueLikeThis.”